The Rev. Alexander Karl August Allendorf, son of Pastor Johann Michael Karl Allendorf & Wilhelmine Stoll, was born 16 November 1807 in Riebensdorf. He was married to Marie Angermann. He died in the Volga German colony of Rosenheim on 6 September 1866. His brother, Johann Wilhelm Michael Allendorf, was also a Lutheran pastor.

He studied theology at the University of Dorpat (Estonia) and was ordained on 13 December 1831. He served the Lutheran congregation in Rosenheim from 1831 unil his death in 1866. He was also evidently active in the parish at Krasnoyar beginning in 1855. 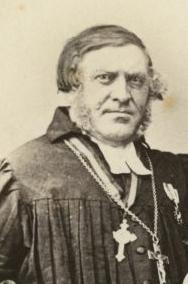