He was married on 13 January 1868 in Schwaneburg (Germany) to Maria Louisa Schilling. She had been born 28 May 1838 in Schwabenburg and died 14 February 1922 in Goldingen. They were the parents of Pastor Johannes Nikolaus Blum. 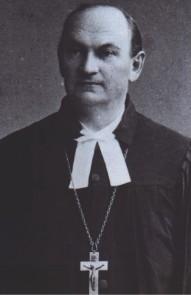