He is the author of "Eine Reise durch Deutschland und Russland, seinen Freunden beschrieben von J.B. Cattaneo aus Bünden, gegenwaertigen Pfarrer einer reformierten deutschen Colonie zu Norka an der Saratofischen Statthalterschaft an der Wolga in der russischen Tartarei in Asien" ["A Trip through Germany and Russia, written for his friends and described by J.B. Cattaneo from Bünden, presently Pastor of a Reformed German Colony in Norka in the city administrative center of Saratov on the Volga in Russian Tartary in Asia"] - printed in Chur, Switzerland, in 1787.

According to an excerpt from the Kazan Reformed Church, Pastor Cattaneo was known not only in German colonies, but also among nomads, such as the Kalmyks, as a skilled therapist and surgeon. Up to 1819, he led 16 amputations of hands and legs, 277 operations for cancer and other tumours, and made more than 8,000 inoculations against smallpox. With his versatile knowledge he helped the colonists with questions about beekeeping, cultivation of plants and agriculture. 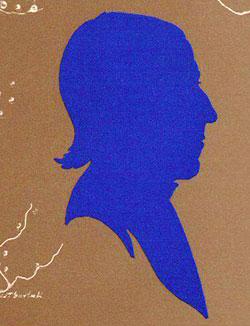