He studied theology at the Catholic Seminary in Saratov and was ordained on 22 April 1904. He celebrated his first Mass the following week on 29 April 1904 in his home parish of Pfeifer.

He was arrested in 1931 along with other Catholic clergy in the Volga region, and on 6 June 1931 was sentenced to 3 years of exile in Siberia. In 1933, he was released from exile and returned to Astrakhan. He was re-arrested in 1934, but after 4 months was released for health reasons.  He died on 8 October 1937 in Astrakhan of stomach cancer. 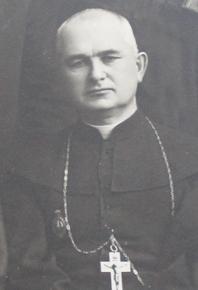