The Rev. Emil Theodor Heptner was born on 19 September 1829 in Livonia.

He was married to Olga Karoline Jürgens and they are the father of the Rev. Nathaniel Woldemar Emil Heptner. Pastor Emil Heptner's second wife was Molly Karolina Sophia Henning whom he married in 1886 in St. Petersburg following the death of his first wife. 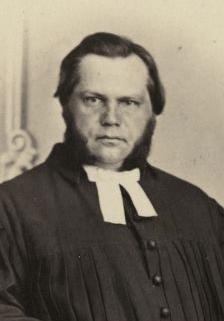