Dominik Hollmann was born 12 August 1899 in Kamyshin, a Russian village located just south of the main Volga German region. He was a Russian-Soviet writer and poet whose works refer to the German minority in Russia. His mother was from the Volga German colony of Marienfeld.

He then worked from 1919 to 1932 as a village school teacher in the colonies Rothammel and Marienfeld. In 1932, the family moved to Engels where he served as a lecturer (later dean of the Faculty of German Language and Literature) of the German University of Education at Engels.

He and his family were deported to Siberia during the 1941 Deportation. Both his wife and a daughter died there. Hollmann is also the father of German-Russian writer Ida Hollmann Bender.

Until his death, Dominik Hollmann fought actively for the rehabilitation of the ethnic German ethnic group in the Soviet Union. He returned to the Volga Region in 1978 and died in the city of his birth Kamyshin on 6 December 1990. 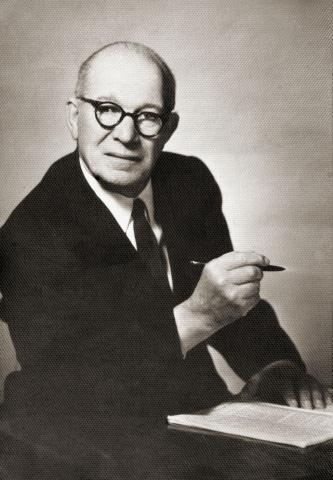