Pastor Hopp was born in Russia on 14 December 1869 in the colony of Frank and came to the United States at the age of 19. He married on 2 February 1889 to Charlotte Miller. He later married Lena Burkhardt, widow of Henry Traut. 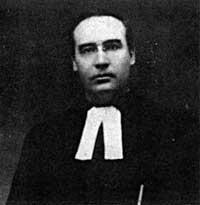