Johann Samuel Huber, son of Joseph Huber (a cooper) and Anna Maria Ferenbach, was born 1778 in Mahlberg near Freiburg in Baden (Germany). He was baptized 20 December 1778 in Mahlberg. He died 30 January 1858 in Moscow.

On 23 February 1808, he married Johanna Luise Wigand in Sarepta. She was born 27 December 1788 in Moscow, the daughter of Johannes Wigand, a professor and preacher at the Brethren congregation in St. Petersburg, and Sarah Dorothea Ferber. She died in November 1868 in Moscow.

Originally trained as a Franciscan monk, Pastor Huber converted to the Lutheran faith and began as a student of theology on 5 July 1805 in Halle an der Saale, in Saxony (Prussia). He served as the schoolmaster of the Halle orphanage. He converted to the Reformed faith and on 31 March 1807 was ordained in Basel, Switzerland. 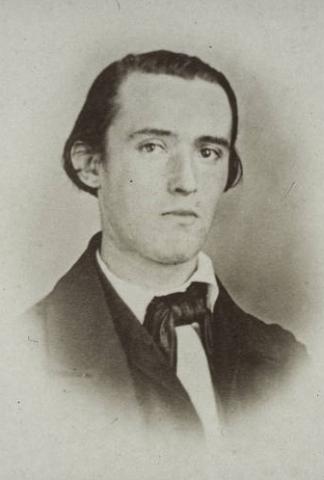