Isaak Theophil Keller was born 25 February 1842 in Karras (North Caucasus), son of Melchior Keller, a teacher, and Johanna Margaret Hübner. He is the brother of Pastor Gotthilf Heinrich Keller.

He served from 1869 to 1873 as pastor in Fresental. From 1873 to 1903, he served as pastor of the Katharinenstadt (North) parish and also served as a teacher. He retired and lived in Moscow for a time, but returned to Katharinenstadt where he died in 1918. 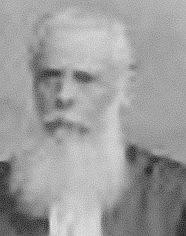