On 6 January 1920, he was arrested and taken to Katharinenstadt where he was held in custody. The congregations in Frank, Hussenbach, Kolb, and Walter gathered 610 signatures on a petition calling for his release. In March 1920, he was released and returned to Frank, but the church there was closed.

During the 1921 famine, Pastor Kluck assisted with the distribution of food relief. He left Frank on 9 September 1924 and accepted a position as pastor of the Lutheran congregation in Katharinenstadt. On 29 October 1929, he was arrested for anti-Soviet activities. He was convicted, sentenced to 1 year of labor, and sent to the Talitsky logging camp in the Tagilsky District in the Ural Mountains. On 3 July 1930, his conviction was overturned, but he was again arrested and transfered to Saratov. He was again convicted and sentenced to 10 years of labor and sent to the Belbaltlag camp where he worked on the White Sea - Baltic Canal. In January 1933, he was exiled to the Tomsk Region.

While in exile, he was arrested again on 1 October 1937, convicted of counter-revolutionary activity on 28 October 1937, and executed on 9 November 1937 in the Tomsk Region. He was rehabilitated on 14 September 1989.

He had been married on 11 January 1920 to Beata Behning, the daughter of Pastor Liborius Behning. She had been born in 1899. They had two children: Gisela (born in 1928) and Arthur (born in 1930). Pastor Kluck's family was deported to the Tomsk Region during the 1940 deportation of the Volga Germans. 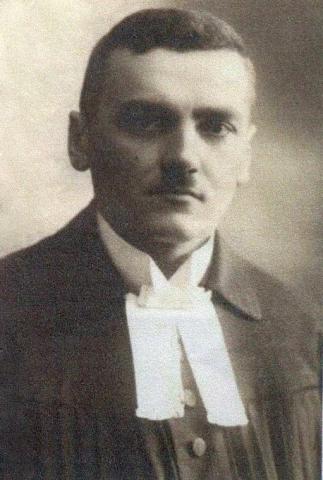