Peter Leiker, son of Johann Heinrich Leiker & Margaretha Krannewitter, was born 9 October 1836 in the Volga German colony of Ober-Monjou. He was one of the scouts selected to come to North America in 1874 to investigate opportunities for the Volga Germans to immigrate to the United States. He and the other scouts traveled by train to Hamburg, Germany, where they boarded the SS Schiller. They arrived at Castle Garden in New York City on 15 July 1874.

He returned to the United States with his family in 1876 and settled in Munjor, Kansas. He died there on 25 June 1927 and is buried in St. Francis Cemetery. 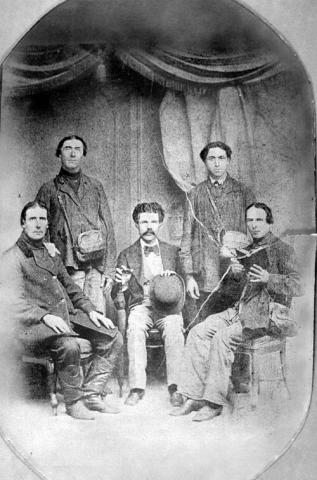