Father Raphael Loran was born in 1872 in Karlsruhe (Beresan Region). He studied theology at the Catholic Seminary in Saratov and was ordained in 1897.

He returned to the Beresan Region in 1911 where he served until he was arrested in 1934. He was exiled and died in 1948 in an unknown location. 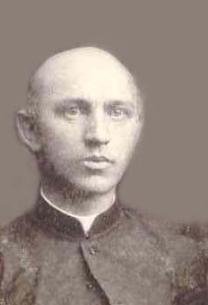 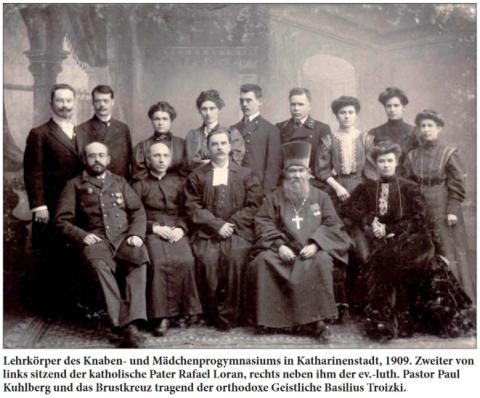 A group of teachers and clergy of the Central School in Katharinenstadt (1909).
Seated second from left is Father Loran; seated second from right is local orthodox priest Basilius Troizki.
Source: Wolgadeutsche.ru 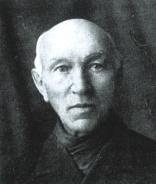