Pastor Friedrich Wilhelm Meyer, son of Georg Meyer & Friederike Reich, was born 15 August 1827 in Dorpat [now Tartu] Estonia and died there on 21 February 1909. He married 1st on 7 June 1860 to Annette Luitgarde Euchenfeldt who had been born 19 November 1839 in Dorpat. He next married Antonie Wittich.

He studied theology at the University of Dorpat and was ordained 17 February 1852. 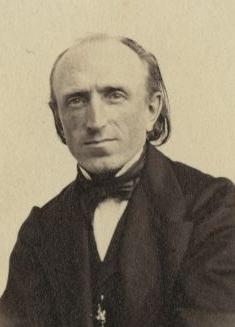