Artist Andreas Prediger was born 16 November 1926 in the Volga German colony of Marienfeld. In 1932, his family left the Volga German Republic and settled first in Belarus and then in (Russian) Georgia.  The deportation in 1941 had a profound impact on the young Prediger, and is reflected in his art.  From 1954 to 1989, he worked as an art teacher and later decorator.  In 1991, his work was featured during an exhibition of German Russian art in Moscow. The following year, his work was exhibited in Dusseldorf, Berlin, and Munich.

In 1993, he and his family immigrated to Germany where he lived in Bad-Reichenhall.  Prediger died 26 July 2017. 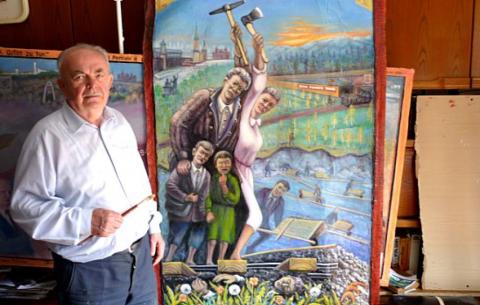