The Rev. Paul Reichert was born 27 June 1875 in Bettinger [some sources indicate that he was born in Kamyshin]. He studied theology at the University of Dorpat [Estonia] and was ordained on 8 September 1902.

In 1931, Pastor Reichert had been arrested along with many clergy and accused of spreading religious propoganda, but the charges were eventually dismissed. He was arrested again on 17 November 1937 along with his son Bruno, convicted on 26 December 1937 of violating socialist principles, and sentenced to death. Pastor Reichert was executed along with his son on 3 January 1938 and buried in the "Levashovskoy wasteland" near St. Petersburg (Levanshovo Memorial Cemetery). 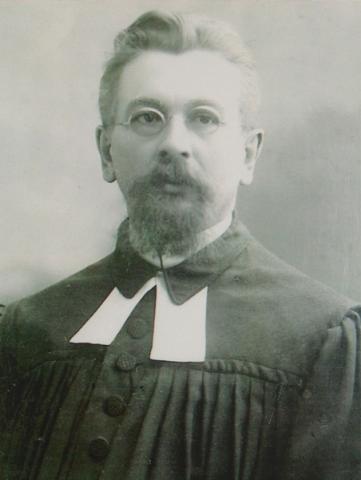