Gustav Otto Richard Reusch ("Richard") was born 31 October 1891 in Bettinger. He was the brother of Pastor Emil Reusch.

His father Gustav was a teacher, and the family moved to Pyatigorsk in the Northern Caucasus in 1897 where they lived among the Terek Cossacks. In 1904 the family moved to Vladikavkas and Richard was sent to live at the Imperial Cadet Corps and enrolled in a military high school. In 1911 he became mountaineer, graduating first in his class, and was commissioned a 2nd lieutenant.

He served with his regiment on the Persian border until his father ordered him to quit the military and enroll at the Lutheran Seminary at the University of Dorpat [Tartu] He graduated in 1916 and was appointed to teach Arabic, was a vicar, and then ordained on Easter Sunday, 1917.

He joined the forces fighting against the Bolsheviks in 1918 after they took Tartu during the civil war. He then served briefly at St. Mary Lutheran Cathedral and Holy Trinity Lutheran Church in Rostock, Germany, before seeking refuge at the von Liphart estate in Denmark.

In January 1922 he entered the Leipzig Mission house to learn English, Swahili, and nursing. Reusch was appointed by the Augustanasynode in the East African Mission and after initially being sent to Arusha, Tanganyika in 1923, then stationed in Nkoaranga. He worked for the steppe mission and was appointed as headmaster of the Native Training School (seminary) in Marangu in June, 1927.

On the 11th of December 1927, he and missionary nurse Elveda Bonander were married in Marangu.

In 1929, disguised as a Circassian dervish from the Caucasus, Reusch travelled through Sudan, Egypt, and the Arabian Peninsula in search of an agent of the Hidden Imam who he finds in San’a, Yemen. In 1931 his manuscript Der Islam in Ost Afrika (Islam in East Africa) was published in Germany and Tartu University awarded him a doctorate degree.

In anticipation of war, Pastor Reusch travelled to Minneapolis in 1938 and negotiated the transfer of the Leipzig Missions to the Augustana Synod, and joined the Augustana ministerium. The Germans abandoned their missions in 1940 and for the duration of the war Reusch served as Augustana’s superintendent of the far-flung orphaned Lutheran congregations and missions in the Northern Area. He is elected president of the Mission Churches Federation (MCF) which is made up of the Augustana, Leipzig, Berlin, Bethel, Moravian, Fosterland and Neukirchen Missions.

In 1940, Reusch also opened the first Lutheran seminary in Machame, an area on the southeastern slope of Kilimanjaro in what today is known as Tanzania. Three years later, the first class of 23 seminarians were ordained there.

In 1948 he published a Bible and hymnal in Swahili. He retired in 1953 and in 1954 he published A Short History of East Africa.

Pastor Reusch was an avid mountaineer and first climbed Mt. Kilimanjaro in 1926 becoming the 7th white man to sign the register left on the summit by Hans Meyer in 1889. In 1954, the government of then Tanganyka awarded Reusch a gold medal on the occasion of his 25th ascent of the mountain, and named the inner crater of the caldera of Kilimanjaro's Kibo Peak the Reusch Crater, the name by which it is known to this day. Reusch climbed Kilimanjaro a total of 65 times during his lifetime.

From 1954 to 1961, he served on the faculty of Gustavus Adolphus College in St. Peter, Minnesota, and continued teaching there part time until 1970. In 1967 he also began to serve as pastor at St. John Lutheran in Stacy, Minnesota. In 1971, at the age of 79, he made a final trip to Israel and climbed Mt. Sinai for the second time. He died from cancer on 28 June 1975 and is buried in Stacy. 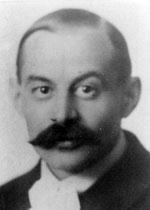 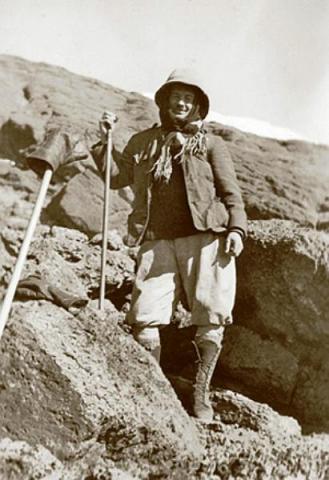 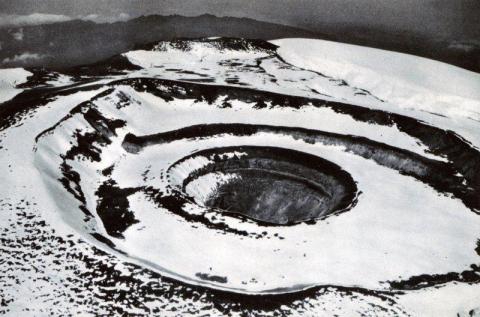