Maria Schleuning, daughter of Dr. Alexander and Patricia Schleuning of Portland, Ore., has been a violinist with the Dallas Symphony since 1994.  She is also the artistic director of Voices of Change, a group with which she's been since 1996.  An active chamber musician, Ms. Schleuning has performed in New York’s Alice Tully Hall, Weill Hall, Merkin Hall, Avery Fisher Hall, and the Museum of Modern Art, as well as at numerous festivals throughout the United States and Europe.

Solo highlights include appearances with the Dallas Symphony, Oregon Symphony, Seattle Symphony, West Virginia Symphony, Abilene Symphony, Laredo Symphony, Bozeman Symphony and with the Greater Dallas Youth Orchestra on a tour of Eastern Europe including concerts at the Gewandhaus in Leipzig and the Rudolfinuum in Prague, in addition to a tour of China in 2015. She studied with Josef Gingold at Indiana University, where she was awarded a performer’s certificate; with Yfrah Neaman at the Guildhall School in London, with a grant from the Myra Hess Foundation; and with Joel Smirnoff at the Juilliard School, where she received her master’s degree.

Maria is married to Richard Giangiulio, principal trumpet with the Dallas Symphony.

Her Volga German ancestors come from the colony of Norka. 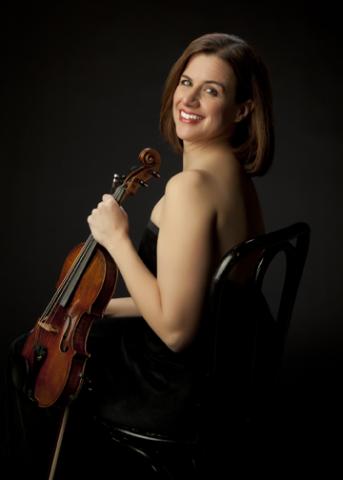