Florian Schulz, son of Jakob Schulz, was born in 1873 in the German village of Landau in the Kherson Province. He attended the Roman Catholic Theological Seminary in Saratov and was ordained on 9 June 1896.

He first served the parish of Kandel near Odessa, and later the parish in Blumenfeld. In 1899, he became the pastor of the Catholic parish of Hildmann where he served until 1914. While at Hildmann, he oversaw the construction of a new church in the colony of Leichtling and served there from 1912-1913. In 1914, he moved to the parish of Köhler. From 1915 to November 1925, he was the rector of the parish in Wittmann.

On 10 November 1925, he was arrested and charged with anti-Soviet behavior. He was sent t the prison in Pokrovsk [Engles] and on 26 March 1926 was sentenced to 3 years of exile in Kazakhstan. On 18 January 1929 he was released with restrictions on his movement for 3 years. In April 1929 he was living in Stalingrad [Volgograd] where he served a Catholic parish. In 1930, he was arrested again along with a sweep of Catholic clergymen in the region. On 1 December 1930 he was sentenced to 10 years in prison and sent to the Vologda Prison. In 1933, he was released from the camp and on 22 February 1933 was sent to the Northern Territory. His further fate is unknown. 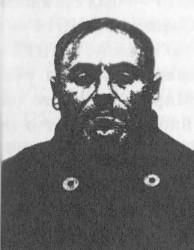