The Rev. Wilhelm Stärkel was born in Norka on 13 December 1839, son of colonists Heinrich S. Stärkel and Amalie Knippel. Until 1859, the surname appears to have been spelled Störkel.

He married on 4 July 1868 in Norka to Beate Bonwetsch, daughter of Pastor Christoph Heinrich Bonwetsch, who was serving in Norka at the time, and Beate Christiana Friederich. From 1855 to 1858, he served as the colony clerk in Bangert, part of the Kukkus parish at that time. He began is theological study at the Mission Institute in Basel, Switzerland, on 9 September 1858 and was ordained on 17 July 1864 in Ravensburg, Württemberg (Germany). From 1864 to 1867, he served a parish in Kenosha, Wisconsin. From 1867 to 1868, he was in Burlington, Wisconsin. He returned to Russia and became the pastor of the Eckheim parish on the Wiesenseite where he served from 1869 to 1877. On 2 February 1878, he became pastor of the Norka parish, and served there until 1908. He retired in Norka and remained in the parsonage.

Pastor Stärkel died on 29 June 1910 in Norka, two years after his wife. He did not have any children, but he and his wife raised a girl named Hulda. 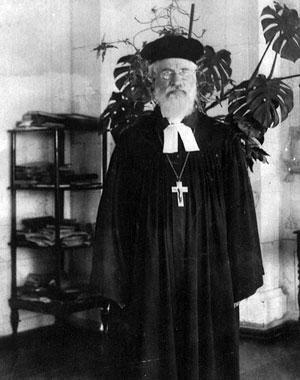 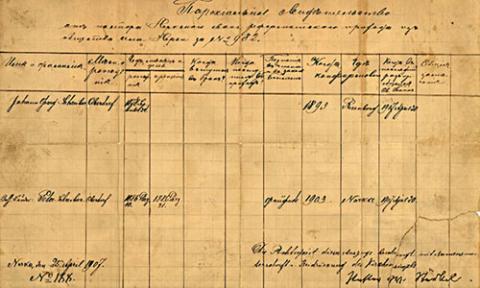 Parochial certificate from the colony of Norka for Georg and Peter Schreiber. The certificate was signed by Rev. Stärkel on 25 April 1907.