The Rev. Johannes Stenzel, son of Jakob Stenzel from Hussenbach and Katharina Stroh from Frank, was born 25 June 1877 in the Volga German colony of Frank. When he was young, he moved to Wiesenmüller to live with an uncle.

He studied theology at the University of Dorpat (Estonia). He was ordained 16 March 1903 at St. Catherine Lutheran Church in Saratov. He went first to the Lutheran parish of Schöndorf and served there until 1905 when the parish in Hoffental became an independent parish and needed a resident pastor of its own.  He served there the remainder of 1905 and went next to Krasnoyar from 1905-1914. He served in Orenburg from 1914-1921.

He left Russia in 1921 and went to the refugee camp in Frankfurt-on-Oder in Germany to assist the Volga Germans seeking assistance there during the famine. From 1921-1923, he worked with the former German-Russian colonists who had moved to Berlin. From 1923 to 1945, Pastor Stenzel served the Genisareth Church (Genezarethkirche) in the Berlin district of Neu-Cologne. 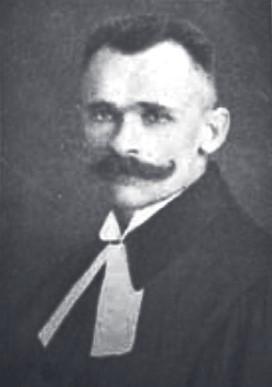