The Rev. Alexander Streck was born 25 June 1883 in Jost [some sources cite his birth in Kutter, but that is believed to be incorrect]. He was married to Veronika.

He served in Grimm from 1914-1924 and Astrakhan from 1924-1928. From 1928 to 1936 he served jointly the parishes of Saints Peter & Paul and Saint Michael in Moscow. During this time he also ministered to the Protestants who were working at the American Embassy in Moscow.

On 5 November 1936, he was arrested for counter-revolutionary activiey along with others affiliated with the Lutheran Church of Saints Peter & Paul.

On 3 July 1937, his case was heard before the troika court, and Pastor Streck was found guilty of crimes against the State. On 27 July 1937, he was executed [probably in Butyurik prison in Moscow, but also possibly in Lubyanka where he had been held]. His family was exiled to Kazakhstan.

In the dissertation by Matthew Heise, there is a great deal of information about the life and ministry of Pastor Streck. 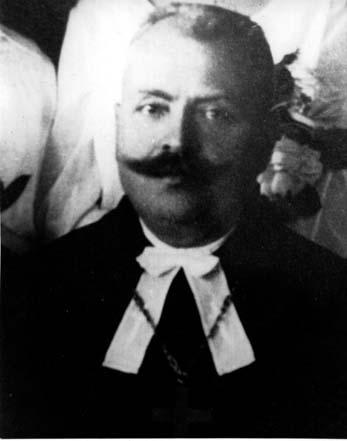 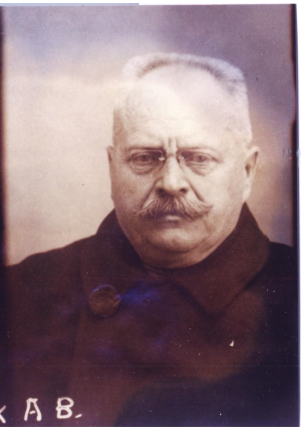 The Rev. Alexander Streck upon his arrest in November of 1936.
Source: FSB Moscow Archives via the dissertation of Matthew Heise.