The Rev. Friedrich Alexander Wacker was born in Kamyshin on 8 April 1886, the son of Volga German colonist Georg W. Wacker and Dorothea Reisich. He died after 1938.

From 1909-1912, he was a theology student at the seminary in Dorpat, Estonia. He was ordained on 3 November 1913 and served the Norka parish from then until 1925. He became dean of the parishes of the Bergseite colonies and theological director of the pastor’s seminary in Leningrad. In 1930, he was exiled to Martyskino, near Oranienbaum until 1934 and not permitted to serve as a pastor during that time. According to Schnurr, he was still alive in 1938. 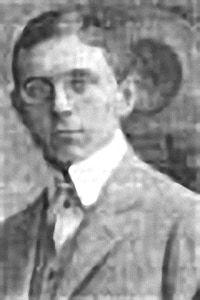