Peter Weigel, son of Johannes Weigel, was born in 1892 in the Volga German colony of Herzog.

He studied theology at the Saratov Roman Catholic Theological Seminary and was ordained in 1916. He also studied at the University of Göttingen and also the Gregorian University in Rome. He served as a missionary in Africa, Paraguay, Brazil, and Peru.

He served in the parish of the Volga German colony of Herzog. In 1921, he became the vicar of the Mariental parish (serving along with Dean Nikolaus Kraft).

He was arrested on 2 February 1930 in Mariental in a sweep of the Volga German parishes. He was transferred to Moscow on 18 June 1930 and imprisoned in the Butyrskaya prison. On 20 April 1931, he was sentenced to 10 years in a labor camp and sent to Solovetsky.  He was re-arrested on 9 October 1937 and sentenced to death by the NKVD Troika. He was executed on 3 November 1937. 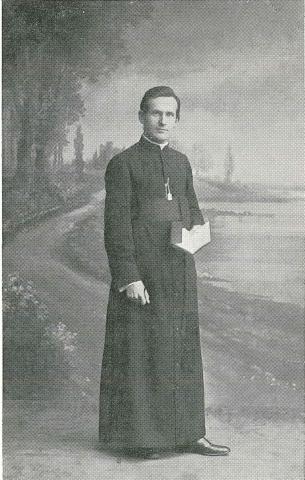