Carl Zeller, Jr., learned to enjoy and play music at a young age. His father, Carl Sr., whose ancestors came from the Volga German colony of Messer, was also a musician. Carl Jr. had been born 12 September 1934 in Denver, Colorado. He died in Greeley, Colorado, on 22 January 1984.

Carl Jr. signed with the CLW Records label and his band was very popular. 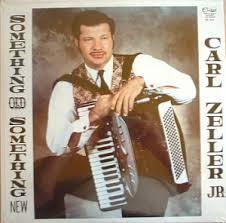