Father Zottmann was born 27 June 1826 in Ornbau, Bavaria. He studied philology and theology at Würzburg, Munich, and Eichstadt. He became a private teacher in St. Petersburg from 1853 to 1858, when he moved to Saratov. He studied at the Catholic Seminary there and was ordained 29 June 1860. He served in a variety of capacities in the Catholic Church in Saratov. 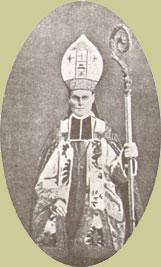