The first group of German 34 colonist families arrived in Kratzke on 7 August 1767. They came from the Pfalz, Prussia, Hanover, and Sweden and had been recruited by Baron de Boffe. The colony is named after Adam Kratzke, the first mayor (Vorsteher) of the colony, who later moved to Katharinenstadt.

Soon after his arrival in the colony, Pugachev erected gallows and strung up four strangers thereon. “Thereupon these monsters,” reported the witness Dewald, “ransacked the few houses of our then still very small village, took what pleased them, struck old men and women, as well as children, with their whips and rods, but without killing anyone, and then camped near the village. Before dawn was visible on the horizon, a few houses in the village here and there began to burn. At the same time the whole pack of brigands with their leaders got up and left our village. As there was no wind that morning, the fire did not spread and even in the farmyards where it had broken out, much could still be saved. All the grain, hay, and straw on the threshing floors, however, fell prey to the flames. Also, everything that the robbers came across in the fields was completely destroyed. The livestock that they could catch also was partly butchered on the spot, partly driven away with them.”

Along the northern edge of the colony, there was a mill on the banks of the Karamysh River.

In 1855, families from Kratzke, along with several from the neighboring colonies of Dietel, Kautz, and Merkel founded the daughter colony of Ährenfeld.

Today, what remains of the former colony of Kratzke is known as Podchinnoye.

Kratzke was founded as a Lutheran colony. There was a resident pastor in the neighboring colony of Dietel, and Kratzke belonged to the parish headquartered there.

In 1826, a wooden church building was dedicated in Kratzke.  In 1899, a new building was constructed, also of wood.

During the Soviet years, the steeple was removed and the building was converted into a community center where movies were shown.

As of 2017, the building was still standing and being used as a barn.

The Dietel parish which included the colony of Kratzke was served by the following pastors: 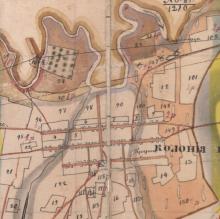 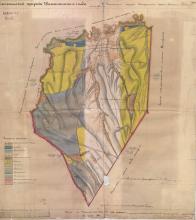 Map showing all the lands allocated to Kratzke (1857). The colony itself is in the center along the upper border.
Source: Volgograd Archives (F.302:O.4:D.428). 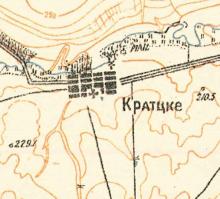 Lutheran Church in Kratzke (2009).
[opposite side]
Source: Georgi Spach. 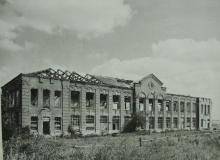 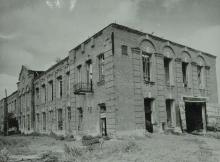 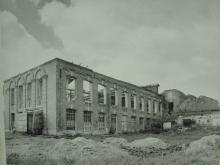 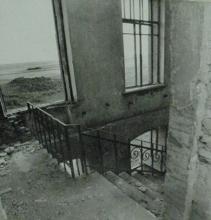 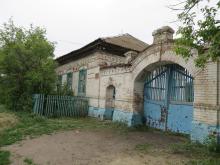 Home of the factory owner, later used as a school.
Source: Tanja Schell.