Kukkus was founded on 26 June 1767 by colonists recruited by LeRoy & Pictet. It was located on the left bank of the Volga River about 45 kilometers southwest of Pokrovsk (Engels).  There were 53 families in the original founding group who came from Isenburg, the Pfalz, and Bavaria.  The colony was named in honor of its first leader, Abraham Kukkus.

By edict dated 26 February 1768, the colony received its official Russian name of Volskoye. Christian August Tornow records that the colony was called Huckel for the first couple of years after it was founded.

Kukkus was plundered during the 1774 raids by Pugachev and his supporters.

Today, what remains of the former colony of Kukkus is known as Privolzhskoye.

The Lutheran congregation in Kukkus was part of the Warenburg Parish. A new Lutheran Church was built in Kukkus in 1820.

A congregation of Baptists also developed in Kukkus.

The congregation in Kukkus was served by the following pastors: 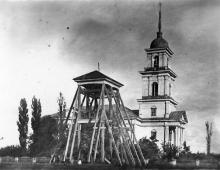 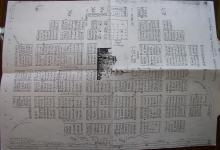