Founded in 1802, Neu-Straub is the oldest of the daughter colonies. In 1799, acting as the colony's lawyer, Friedrich Heintz approached the Kontora (Office of Immigrant Oversight) with a request to relocate the colony of Straub because of the poor quality of farm land there and the lack of water. Some of the colonists in Straub opposed this relocation attempt including the colony's Vorsteher, Mr. Rudolf.

Finally in 1801, new land was alloted near Pobochnaya on the Bergseite. In the spring of 1802, 28 families (96 people) moved to the new colony of Neu-Straub, named after the colony of their original settlement.

What remains today of former Volga German colony of Neu-Straub is known as Novoskatovka. 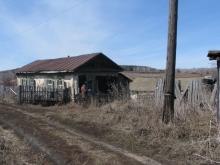