The Iglesia Evangélica Congregacional de villa Eleonora "San Pablo" (St. Paul's Congregational Church of Eleonora), founded in 1924, was originally located 12 kilometers outside of Irazusta. It also served congregants from neighboring villages of Almada, Villa Lila, and Partridges. It was an adobe building with a zinc roof.

In 1931, Lorenzo Hergenrether purchased the property in town for a new bilding which was constructed in 1945. A bell tower was added in 1989.

The parish of San Pablo (St. Paul) has been served by the following pastors: 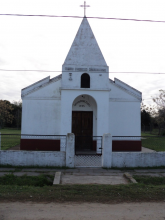 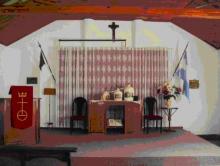