The Pope established the Diocese of Tiraspol, headquartered in Saratov on 3 July 1848. During its existence, there were five bishops:

This diocese went inactive in 1930 with the resignation of Bishop Kessler and officially vacant in 1933 when he died. It was formally "surpressed" in 2002 when the new Diocese of St. Clement in Saratov was established.

The Catholic parishners of Saratov built a wooden church which was consecrated in 1805. This building was used until 1880 when a new brick building was erected. The architect was M. N. Grudistova, and the new building was consecrated to St. Clement (St. Klemens in German) when it was completed in 1881. The steeples were removed during the Soviet Era, and today, the structure serves as a movie theatre called "Pioneer."

Before the 1941 deportation, the Catholic parish in Saratov was served by the following priests: 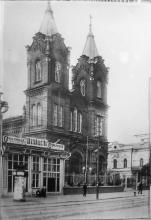 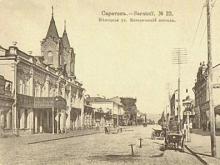 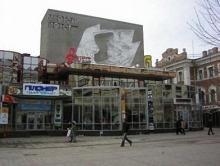