San José was founded on 13 April 1887 and is known today as "Pueblo San José" and is located in the Coronel Suárez Partido (Department) of Buenos Aires Province. This colony was originally named Dehler by the first Volga German settlers in reference to the colony from which they had immigrated. Other settlers also came from Volmer.

San José was founded by the following 15 men and their families:

These families were joined in 1907 by another group resettling from Hinojo. 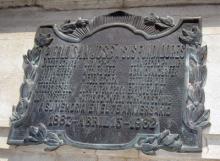 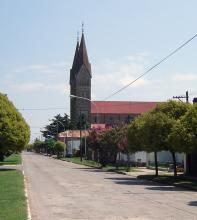 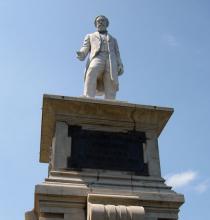 Statue of Eduardo Casey, the owner of the British Company who sold land to the Volga German settlers of San José.
Source: Gerardo Waimann.

The house and school of the nuns of the Saint Spirit in San José (2008).
Source: Gerardo Waimann.