In January of 1887, nineteen families from Huck immigrated to the region of Pehuajó Norte in the southern part of Entre Ríos Province of Argentina. They had traveled through Saratov to Germany where they boarded a ship that took 28 days to reach Buenos Aires.

After three days in Buenos Aires they traveled again by boat up the Paraná River to Diamante where they disambarked and proceeded to the colony of Protestante. Here a former neighbor from Huck, Heinrich Herdt and his wife Anna María Hergenreder with their children Philipp, Johannes, and Katharina, were living.

In Protestante, there was no land available for the new families to purchase and they were invited by a German diplomat, Johannes Spangenberg, to buy his land in Pehuajó Norte where he had an "estancia" (a hacienda or large farm) with his brother Jacob. On this land called "Campos Floridos" (Flowery Prairies) three new villages were founded on February 27, 1889: San Antonio, Santa Celia, and San Juan.

On 25 May 1889, 11 additional families arrived from Huck having left their homes in Russia on March 15. These 11 families included:

5) Jakob Huck (38 years old) and his wife Elizabeth Michel and their 6 children:

6) Jakob Sack (54 years old) and his wife Katharina Michel with their 4 children:

8) Jakob Heidenreich (31 years old) and his wife Magdalene Bohl with their 3 children:

On 21 November 1891, 17 more families from Huck arrived in Buenos Aires on the ship Uruguay. These families also settled in San Antonio:

In the 1950s and 1960s, many people from San Antonio moved to Villa Ballester, a suburb of metropolitan Buenos Aires.

The following Volga German families settled in and around San Antonio: 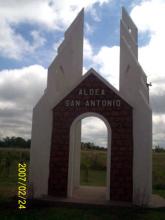 Monument at the entrance to San Antonio.
Source: Lorena Schultheis. 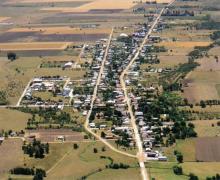 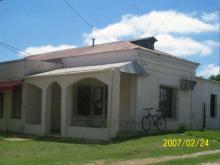 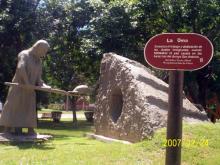 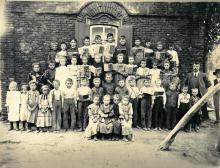