Johann David Alberg, a carpenter (Zimmermann) with his wife, two sons, and one daughter. His house was sold to Maria Katharine Abel, wife of the gardener (Gärtner) Abel.

A list of those departing Dessau records Johann David Alberg, a carpenter (Zimmermann), his wife, two sons, and one daughter.

David Ahlberg, a carpenter (Zimmermann), and his family arrived from Lübeck at the port of Oranienbaum on 4 July 1766 aboard the English frigate Love & Unity under the command of Skipper Thomas Fairfax.

Joh. David Alberg [sic], his wife Leopoltina, and son Johann Christian (age 9) are recorded on the list of colonists being transported from St. Petersburg to Saratov in 1767 along with a note that wife Leopoltina died en route.

They settled in the Volga German colony of Orlovskaya on 7 June 1767 and are recorded there on the 1767 census in Household No. 58 along with his new wife's son Gottfried Knoll.

In 1797, widow Louisa Ahlberg and her children moved from Orlovskaya to Boisroux.

Both the Oranienbaum passenger list and the 1767 census record that David Ahlberg came from the German region of Dessau. 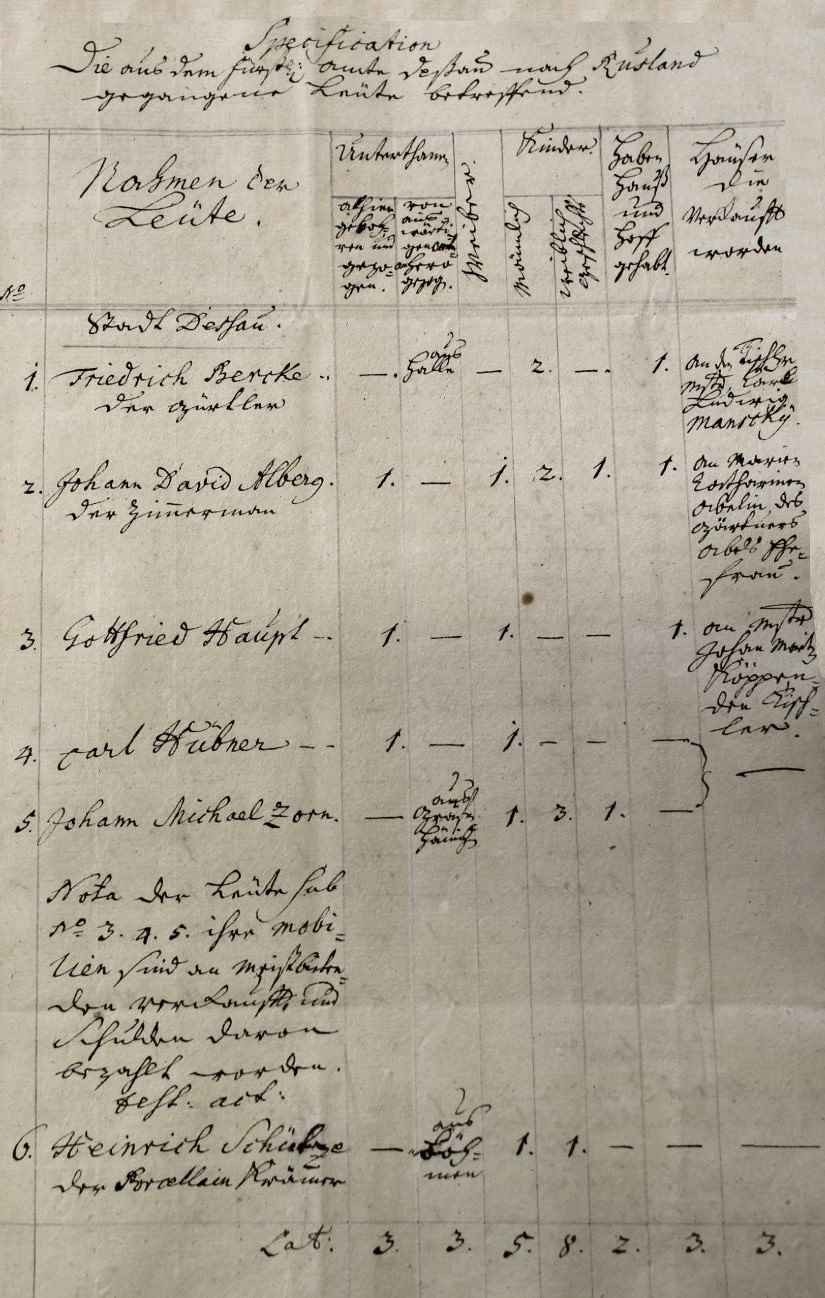