The Beck family of Gelnhaar is a connecting link to several families that settled in the Volga German colony of Walter.

Joachim Ritzel, son of Asmus and Anna Margaretha Ritzel, married on 9 May 1737 to Elisabetha Margaretha Vogel, the daughter of Hans Adam Vogel. They had at least one child, Julianna, who was born on 8 November 1739.  Julianna Ritzel married Johann Adam Vogel and immigrated to Russia settling in Walter [see the Vogel family].

Joachim Ritzel's wife Elisabetha Margaretha died and on 24 June 1750 he remarried to Julianna (surname illegible). They had at least one child, Magdalena, who was born 25 March 1753.  Joachim Ritzel died on 19 November 1756.

Johann Heinrich and Julianna Beck arrived in the port at Oranienbaum on 15 September 1766 aboard the snow-brig Die Frau Dietrika under the command of Skipper Joachim Friedrich Luhn - along with three children: Magdalena (Ritzel, Juliana's daughter by her first husband), Johannes, and Sibilla Barbara.

They settled in the Volga German colony of Walter on 10 September 1767 and are recorded there on the 1767 Census in Household No. 88.

Susanna Müller, her husband Johann Nicolaus Wenzel, and her son Wÿgand (Beck) arrived in Russia on the same ship that Johann Heinrich Beck was on, and also settled in the Volga German colony of Walter where they are recorded on the 1767 census in Household No. 91 [see the Wenzel family]. 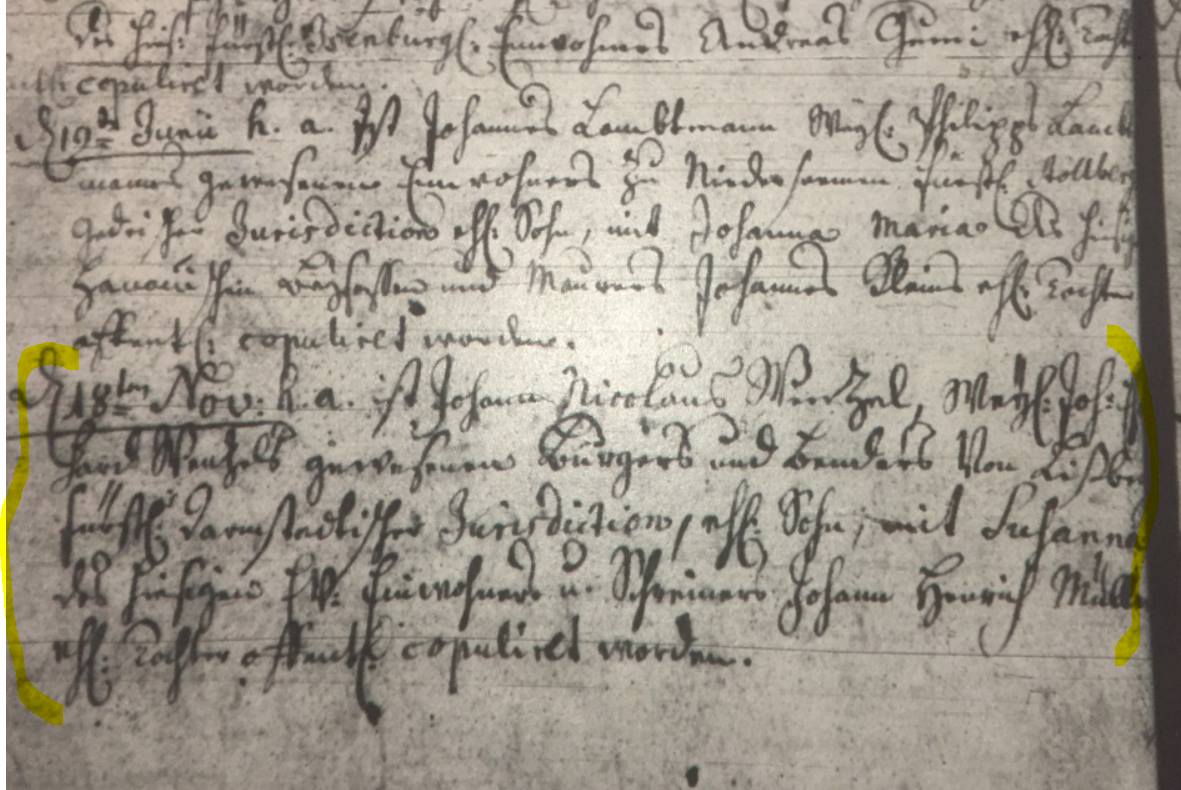