Johann Martin married in Staffort on 14 December 1751 to Anna Katharina Rückert. She was born 9 March 1731 also in Staffort.

The family immigrated in Denmark (Schleswig-Holstein) arriving in Fridericia on 1 May 1760. They settled in the Danish colony of Molkenberg.

They are last recorded in the Danish colonies on 26 April 1763.

They joined the migration to Russia.

The Eichhorns record that Michael Beideck came from the German village of Staffort in the Baden-Durlach region. 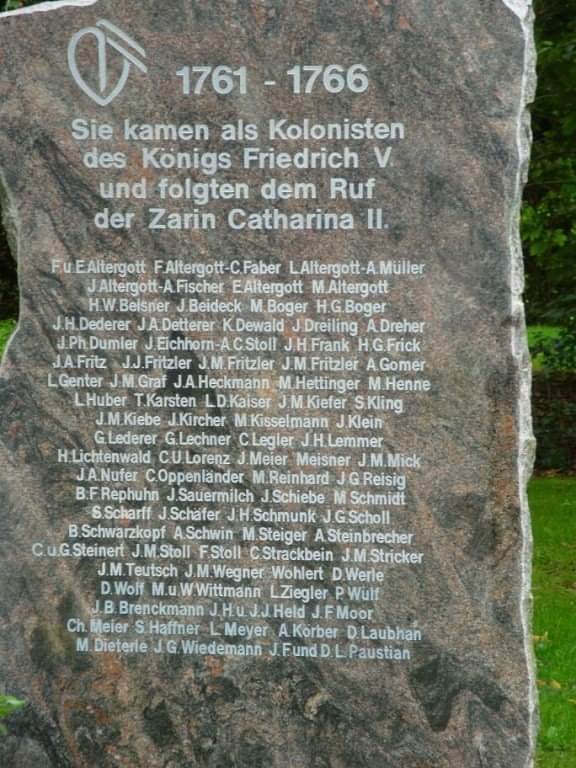 Johannes Beideck recorded on a marker in Schleswig commemorating the Volga Germans who had settled there before immigrating to Russia.
Source: Jorgelina Fischer.