Johannes married Johanna Maria Bauer from Dudenrod on 6 March 1754. They had two children, both born in Bergheim (now Langen-Bergheim) and baptized in Eckartshausen: (1) Johannes, born 28 May 1755; and (2) Margaretha, born 29 August 1759.

Johann[es], his wife [Joh]anna, and children (Johann, age 12; Anna, age 6) arrived from Lübeck at the port of Oranienbaum on 4 July 1766 aboard the English frigate Love & Unity under the command of Skipper Thomas Fairfax.

Johannes Betz, a craftsman (Handwerker), and his family settled in the Volga German colony of Messer on 18 June 1767 and are recorded there on the 1767 census in Household No. 81.

Both the Oranienbaum passenger list and the 1767 census record that Johannes Betz came from the German region of Isenburg. 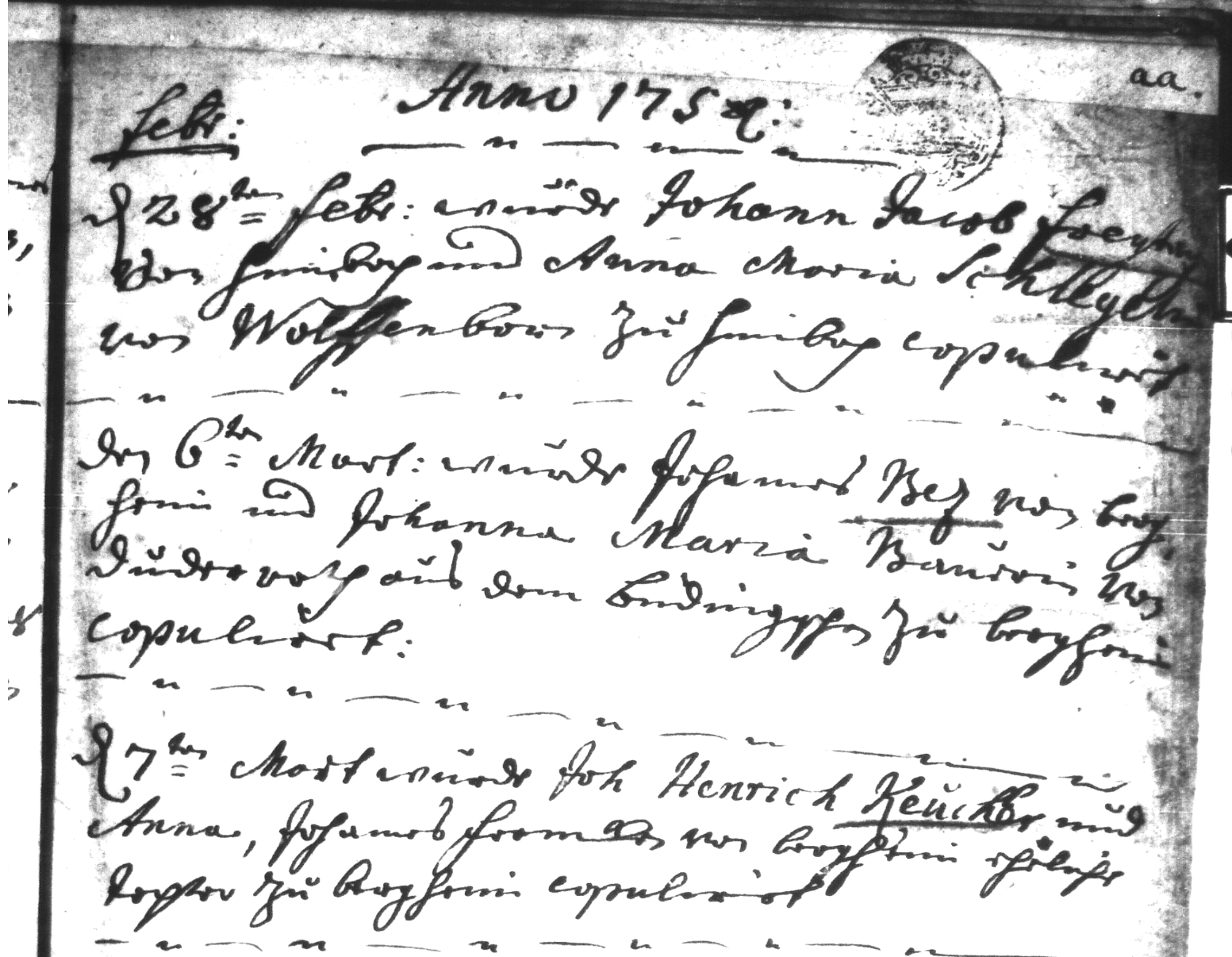