There are several Gies families that settled in the Volga German colony of Walter on 25 August 1767. They arrived together from Lübeck at the port of Oranienbaum on 13 September 1766 aboard the galliot Die Perle under the command of Skipper Thomson.

(1) Balthasar Gies, a farmer, his wife Katharina, and their newborn son Johann Georg are recorded in Walter on the 1767 census in Household No. 51. The second marriage noted above in Büdingen matches with this couple.

(2) Johann Gies, a farmer, his new wife Katharina, and their newborn daughter Anna Maria are recorded on the 1767 census in Household No. 53. Since the first marriage noted above in Büdingen records that Johannes Gies is from Gelnhausen, it's not certain that this is the same couple.

(3) The Oranienbaum passenger list records that Johann Gies (#2 above) arrived with 4 single sisters: Katharina Elisabeth (age 30), Anna Katharina (age 28), Anna Maria (age 28), and Anna Katharina (age 26). The oldest sister is recorded on the 1767 census of Walter living with this same Johann Gies. This list of sisters does not exactly match with those whose baptisms (noted above) are recorded in Burghaun.

(4) Arriving in Oranienbaum on the same ship also was widow Anna Eva Gies and her son Johann Heinrich (age 5). This son is recorded on the 1767 census of Walter living with the Johann Gies family (#2 above) and recorded as a nephew. These two are the Johann Heinrich Gies, the illegitimate son of Anna Eva Gies, whose baptism (noted above) is recorded in Burghaun on 20 April 1762.

The 1767 census records that these Gies families came from the German village of Burghaun in the region of Fulda. 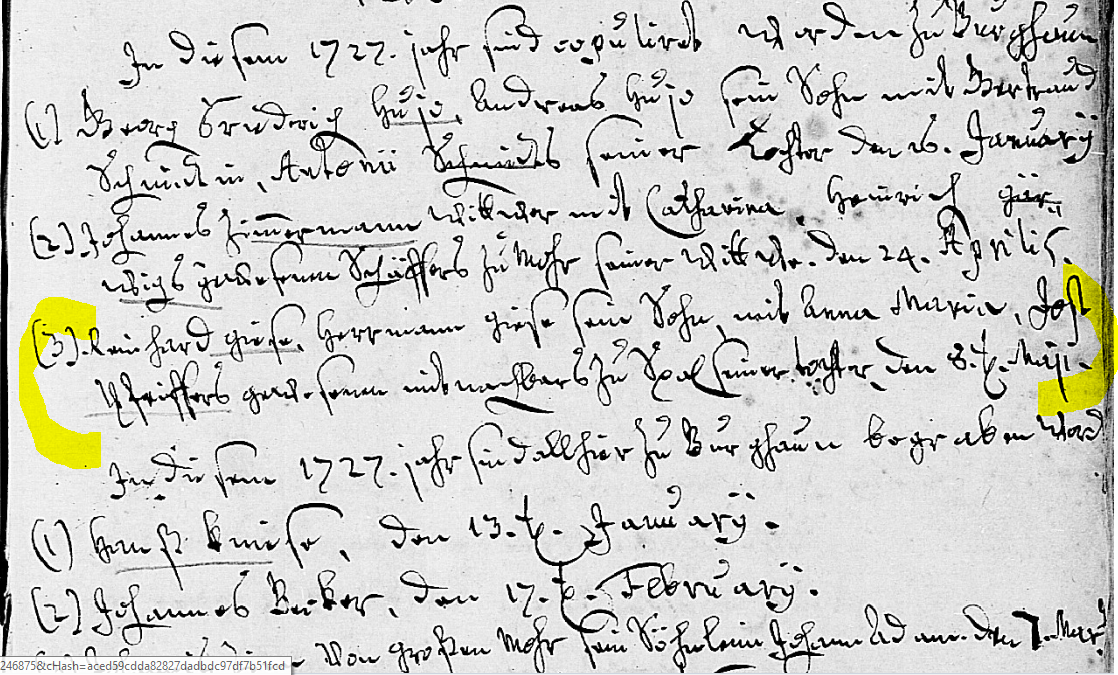