Johann Adam Hoffman, from Gelnhaar, and his wife Anna Margaretha, were married on 20 October 1757 in Wenings.

They settled in the Volga German colony of Hussenbach according to researcher Susan Hopp Nakaji. 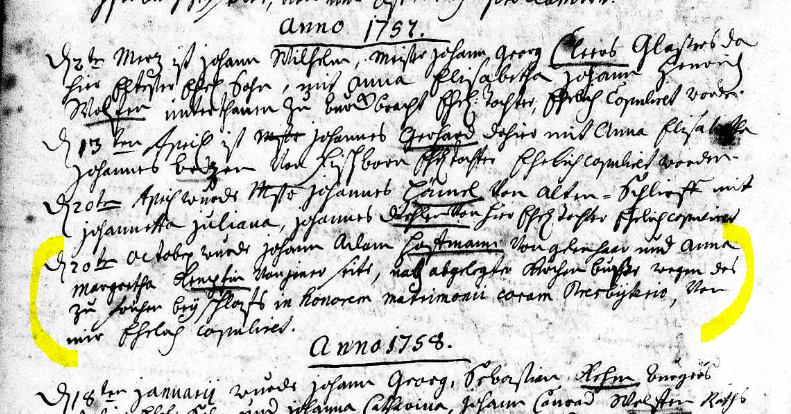