Johann Hohmann, son of Johann Sebastian Hohmann, a single farmer, arrived from Lübeck at the port of Oranienbaum on 29 August 1766 aboard the ship Apollo under the command of Skipper Detlov Merberg.

Johann Hohmann settled in the Volga German colony of Brabander on 28 August 1767 and is recorded there on the 1767 census in Household No. 23 along with a new wife Elisabeth and her children.

The 1767 census records that Heinrich Hohmann came from the German village of Hainzell in the Fulda region. 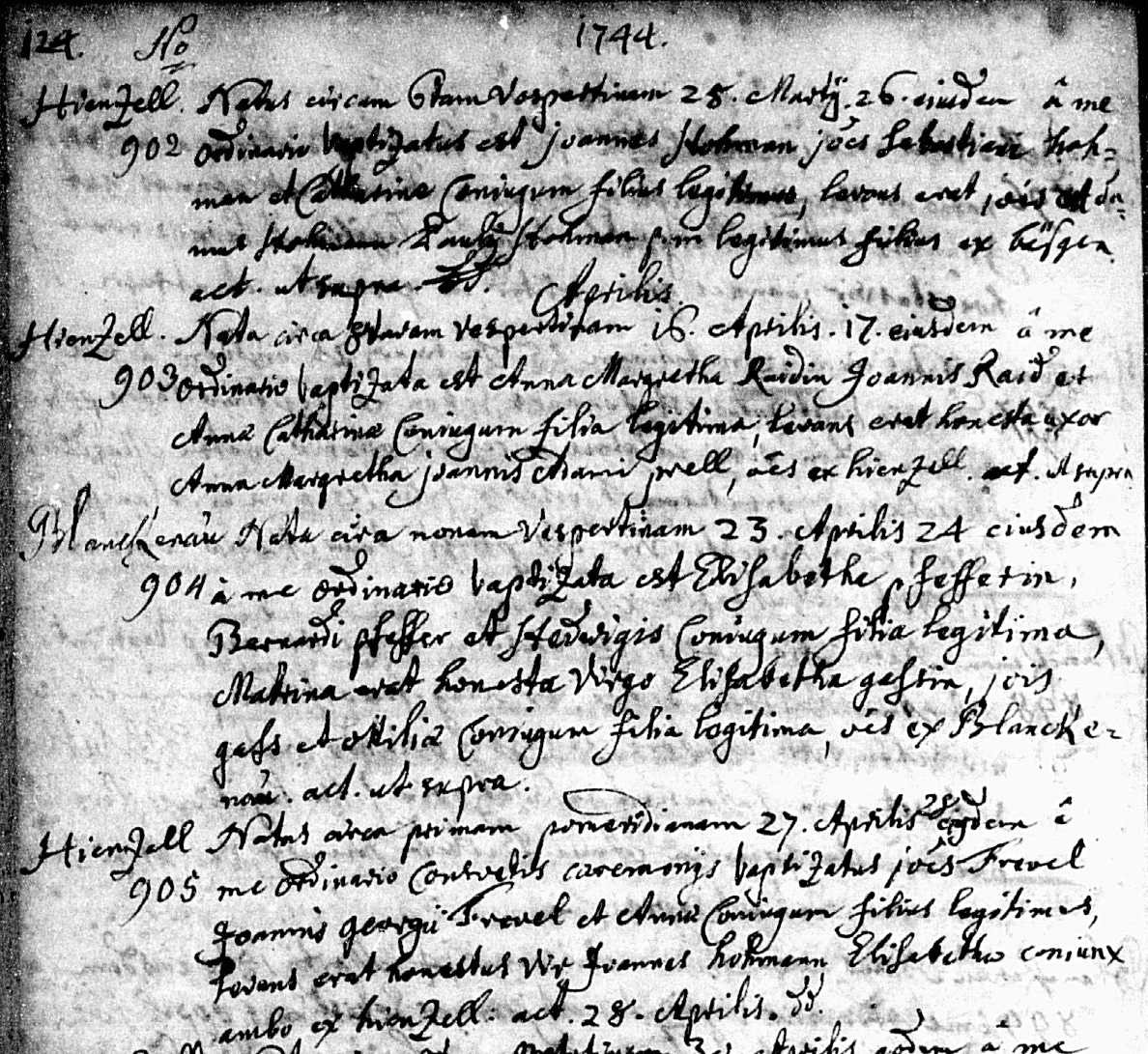 Entry from the parish register of Hainzell recording the birth of Johannes Hohmann on 25 March 1744.
Source: Max Weinbinder.