There are two Hubert families that arrived from Lübeck at the port of Oranienbaum on 9 August 1766 aboard the pink Novaya Dvinka under the command of Lieutenant Perepechin.

They both settled in the Volga German colony of Köhler on 21 August 1767.

(2) Johannes Hubert & Katharina Wahl, both from the area of Saalmünster, were married on 22 April 1766 in the Lutheran Church of Büdingen.

Johann(es) Huber(t), a farmer, and his wife Katharina arrived in Oranienbaum.

Johannes Huber [sic] and his wife Katharina Wahl are recorded on the 1767 census of Köhler in Household No. 54.

The Oranienbaum passenger list records that both Sebastian and Johann Hubert came from Austria. The 1767 census records that they same from the German village of Salmünster. 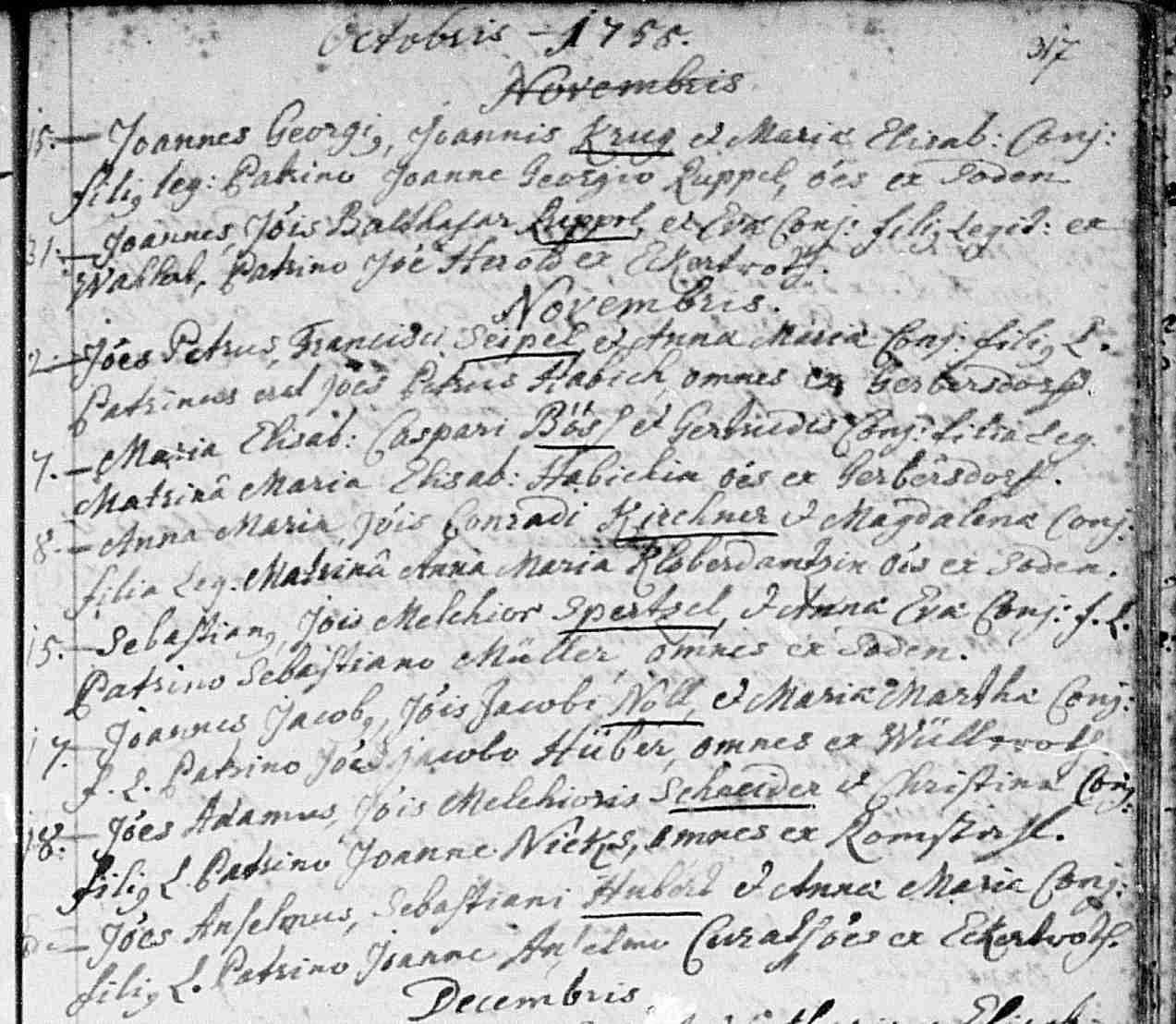 Entry from the parish register of Salmünster recording the birth of Johann Anselm Hubert on 18 November 1755.
Source: Max Weinbinder. 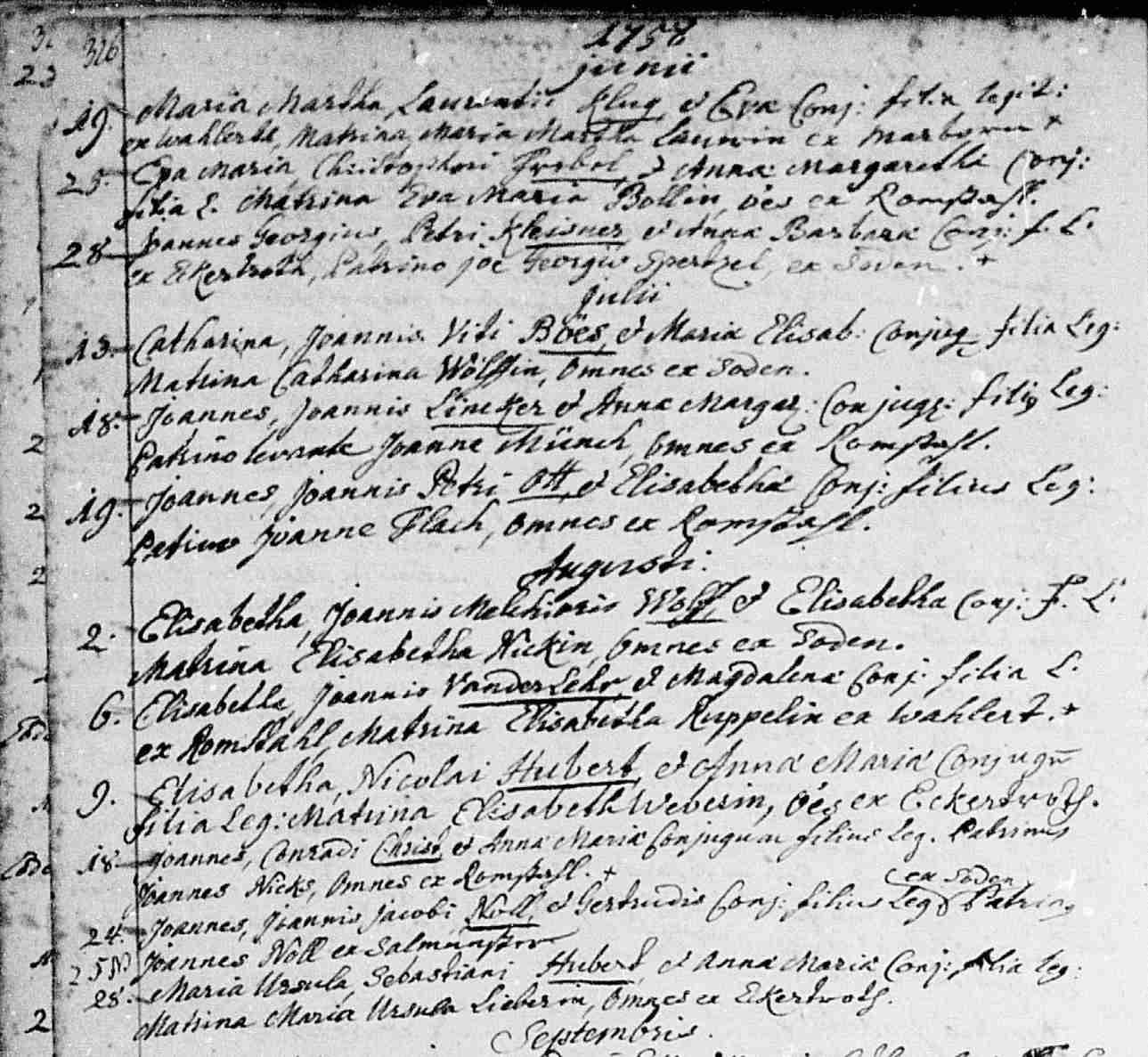 Entry from the parish register of Salmünster recording the birth of Maria Ursula Hubert on 28 August 1758.
Source: Max Weinbinder.