[Johann] Gottlieb Käther, a cobbler (Schuhmacher), his wife Maria, and son Johann (½ year old) arrived from Lübeck at the port of Oranienbaum on 12 September 1766 aboard the English frigate Love & Unity under the command of Skipper Thomas Fairfax.

The 1767 census records that Johann Gottlieb Käther came from the German village of Friedland in Sachsen (Saxony). 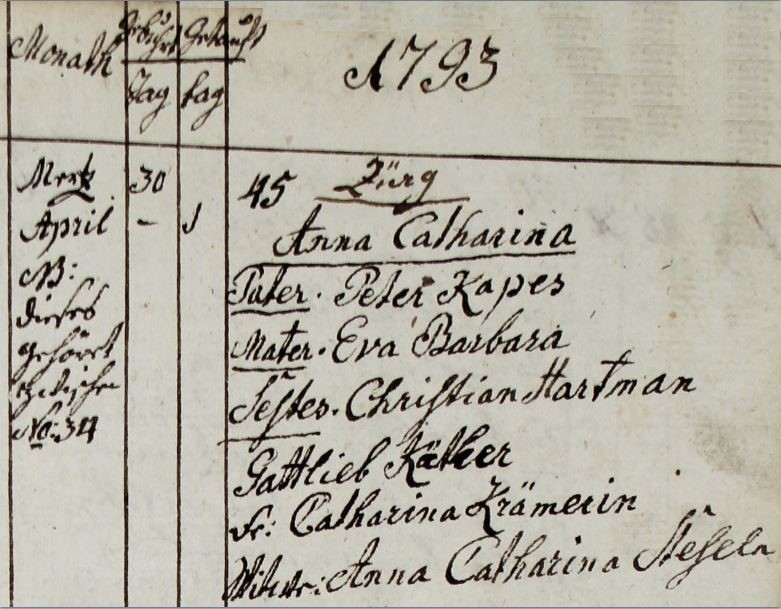