Christoph Maier, son of Ulrich & Margaretha Maier, was born on 17 May 1732 in Eisingen, southeast of Karlsruhe. He married on 29 April 1755 in nearby Berghausen to Elisabeth Margaretha Reichenbacher, daughter of Jacob & Catharina Reichenbacher. She had been born on 26 March 1732 in Reichenbach. They had three known children, each born in Söllingen which is today a part of metropolitan Karlsruhe: (1) Margaretha, born 26 April 1754; (2) Georg Michael, born 15 June 1758; and (3) Johann Christoph, born 29 December 1760.

In 1761, the family moved to Denmark (Schleswig-Holstein), settling in Amt Rendsburg. Two additional sons Mattias and Martin were born during their stay in Denmark. They disserted the Danish colonies on 2 June 1764, and immigrated to Russia. 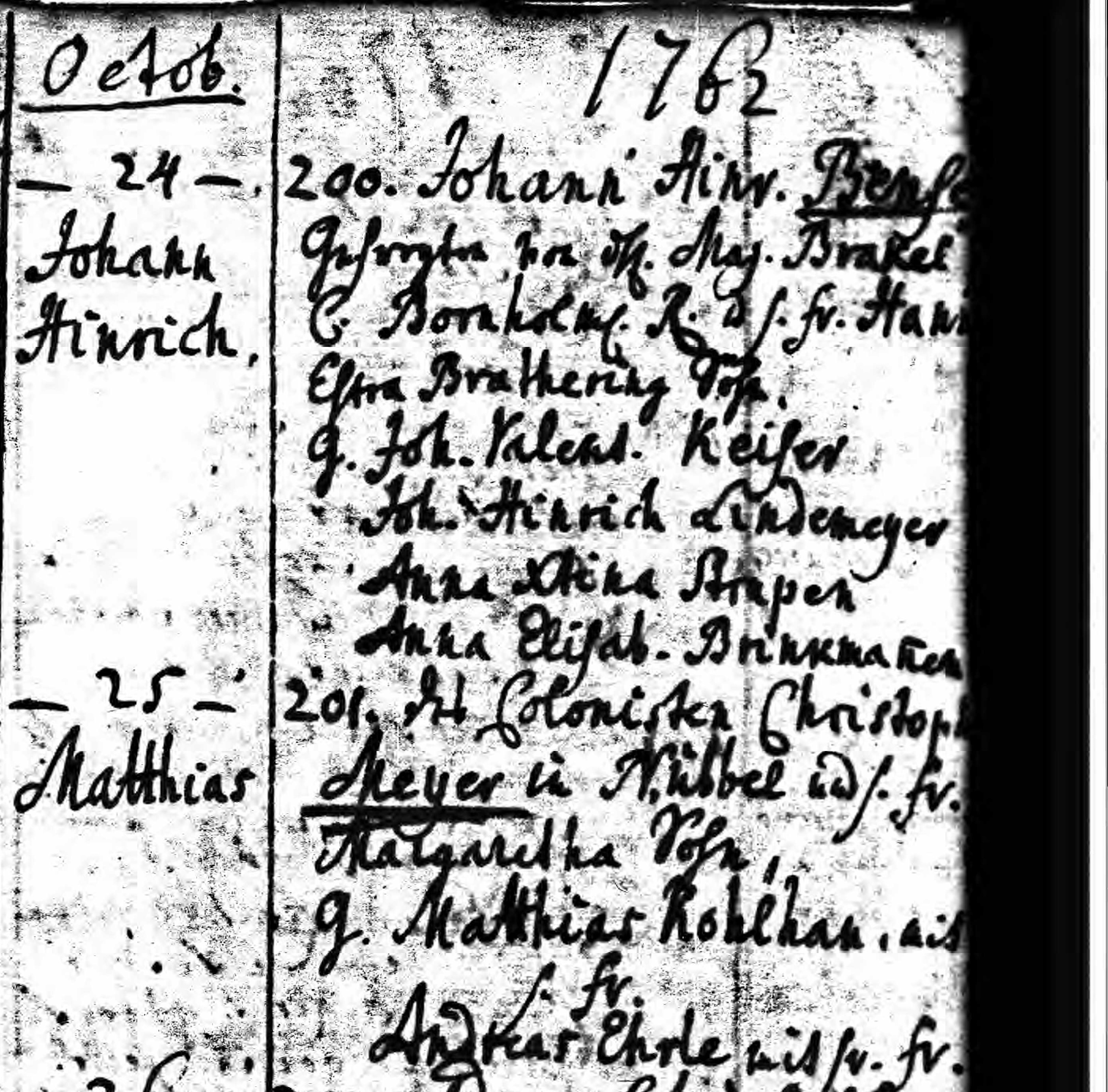 Record of the baptism of Matthias Meyer on 25 October 1762 in the Christ Church parish of Neuwerk Rendsburg.
Source: Brent Mai.