Christoph Reifegerste, a 26-year old guardsman (Schutzgenosse) from Retzau, with his wife, née Hartmann, and child Johanna-Louise (½-year old), from Sollnitz. The property he left behind was auctioned and the amount was given to the jurisdiction of Retzau after debts of 8 Thlr. 14 Gr. were paid.

They are recorded on a list of subjects from Sollnitz who escaped to Russia.

Christoph Reifegerste, a farmer, and his wife Dorothea arrived from Lübeck at the port of Oranienbaum on 4 July 1766 aboard the English frigate Love & Unity under the command of Skipper Thomas Fairfax.

Christoph Reifegerste and his wife Dorothea are recorded on the list of colonists being transported from St. Petersburg to Saratov in 1767.

They settled in the Volga German colony of Boisroux on 7 June 1767 and are recorded there on the 1767 census in Household No. 7.

The 1767 census records that Christoph Reifegerste came from the German village of Golniss in the Dessau region. 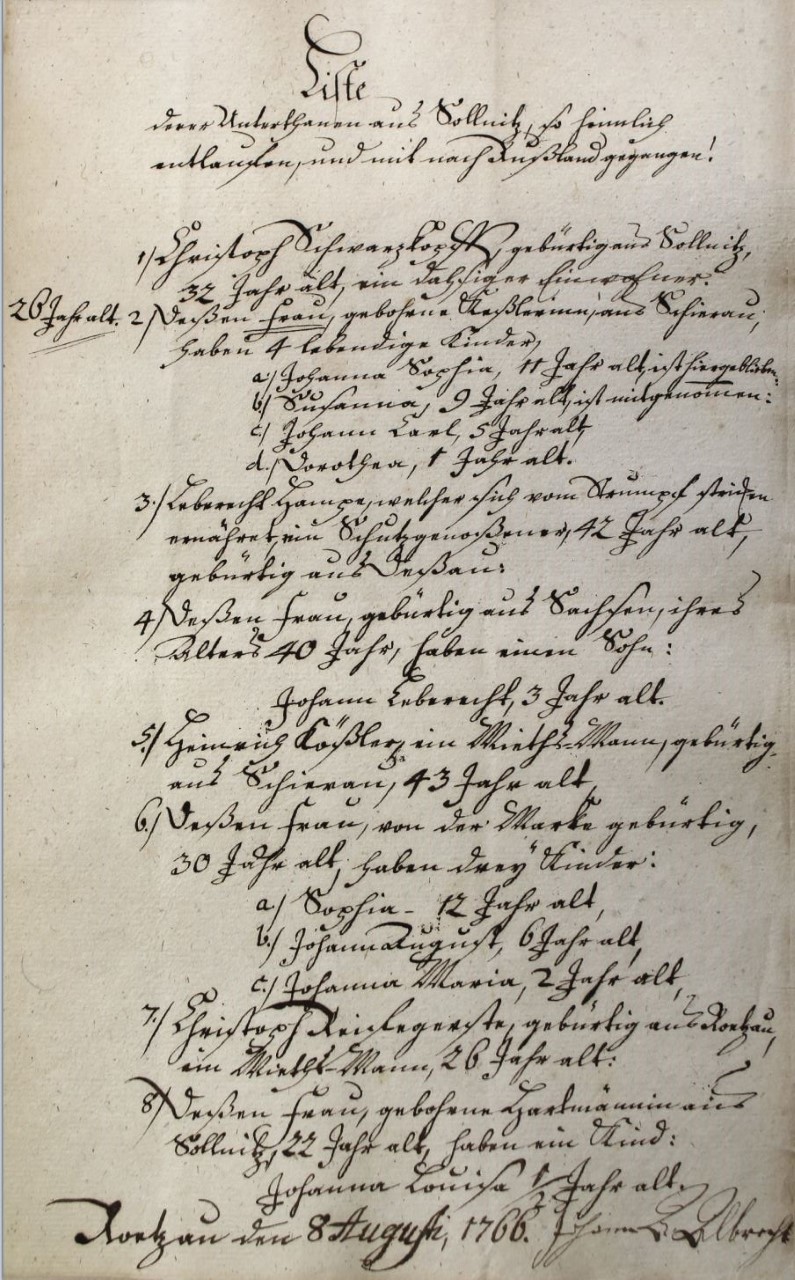 List of subjects from Sollnitz who secretly escaped to Russia in 1766.
Source: Karl Becker.