Widow Anna Margaretha Resch and her children (Nikolaus, age 19; Johann [Adam], age 16½; Melchior, age 15; Anna, age 12) arrived at the port of Oranienbaum from Lübeck on 4 July 1766 aboard the English frigate Love & Unity with skipper Thomas Fairfax at the helm.

They settled in the Volga German colony of Hildman on 20 June 1767 where they are recorded on the 1767 Census in Household No. 22.

Melchior Resch is recorded on the 1834 census of Kamenka in Household No. 30.

The 1857 census of Hildmann records that Heinrich Resch moved to the colony of Schuck.

Johannes Resch is recorded on the 1834 census of Katharinenstadt in Household No. 110 as having arrived there from Kamenka in 1834.

The 1767 census records that the Resch family came from the German village of Salmünster. 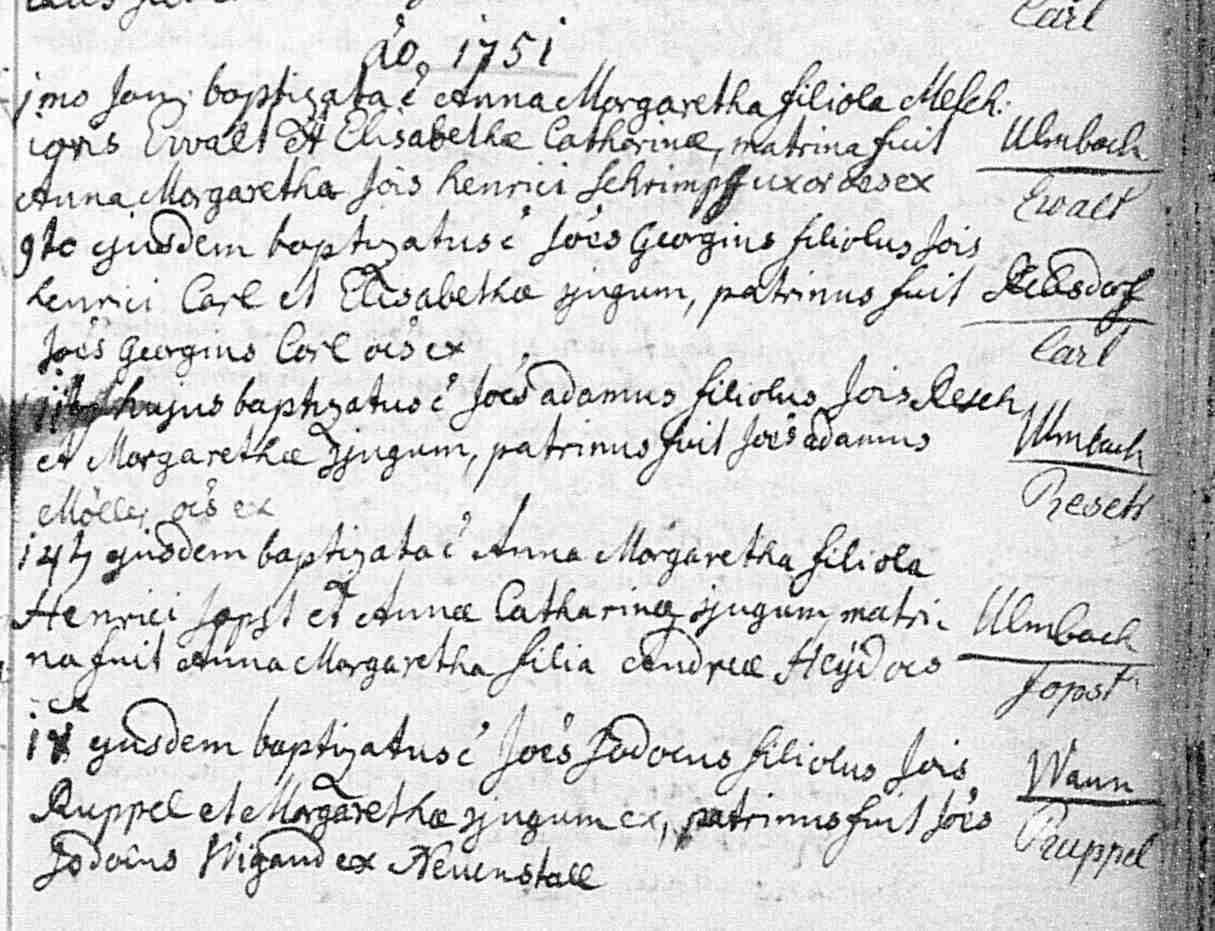 Entry in the parish register of Ulmbach recording the birth of
Johann Adam Resch on 11 January 1751.
Source: Max Weinbinder. 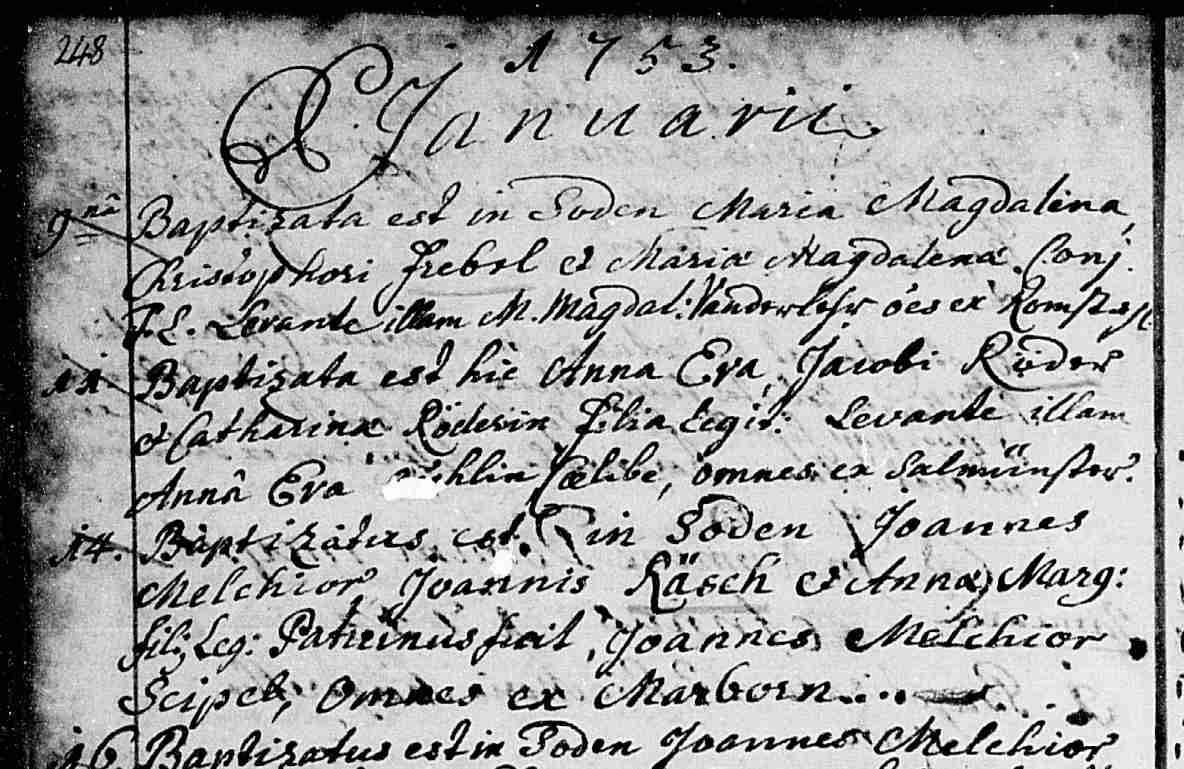 Entry in the parish register of Ulmbach recording the birth of
Johann Melchior Räsch on 14 January 1753.
Source: Max Weinbinder. 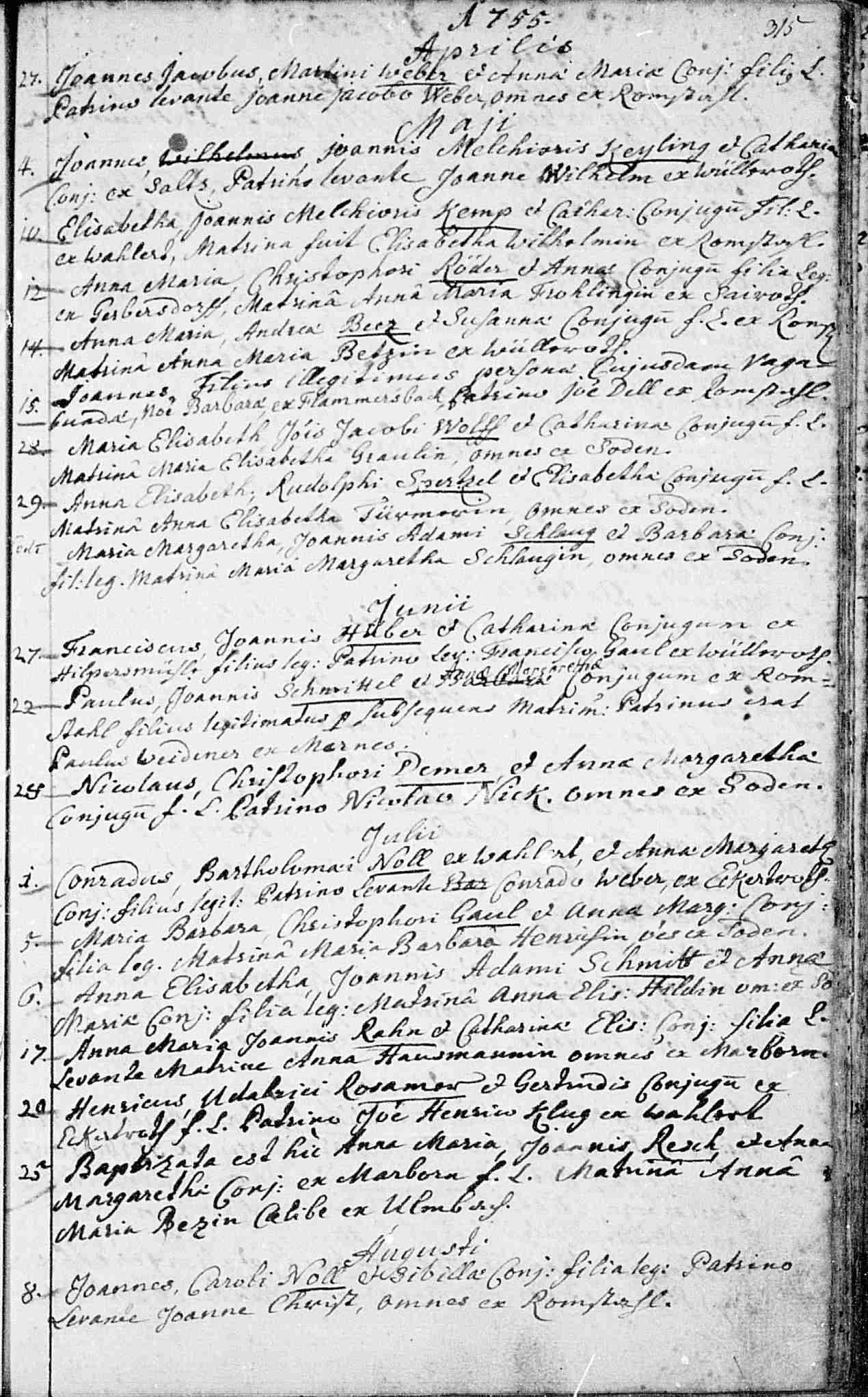 Entry in the parish register of Marborn recording the birth of
Anna Maria Resch on 25 July 1755.
Source: Max Weinbinder.