This is the same Joseph Söll and his wife Maria who arrived from Lübeck at the port of Oranienbaum on 12 September 1766 aboard a ship under the command of Skipper Heinrich Sager.

They settled in the Volga German colony of Frank and are recorded there on the 1798 census in Household No. Fk096.

The Oranienbaum passenger list records that Joseph Söll was a farmer who came from the German region of Ulm.

Some researchers located a Joseph Söll who was born in Bräunisheim, a German village about 30 kilometers north of Ulm, and claim that he is the same man who immigrated to Russia in 1766. However, the 1808 parish register of Bräunisheim records that this same Joseph Söll was a soldier in the Austrian Army in 1781. This eliminates him from being the Volga German immigrant. 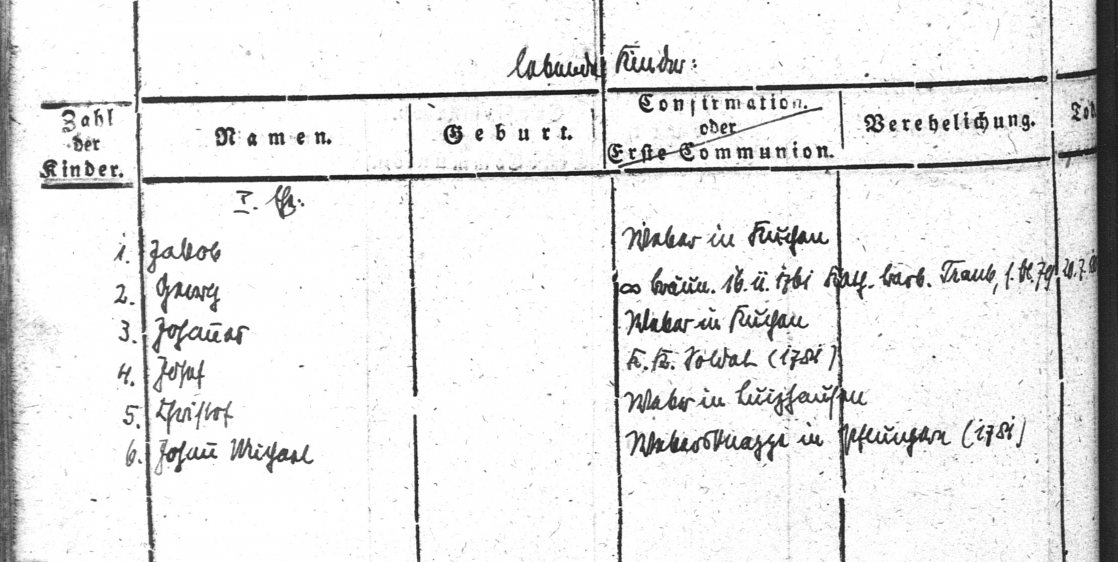