This Johann Balthasar Schell, son of Valentin, is believed to be the one who immigrated to Russia.

Balthasar Schell, a merchant (Kaufmann), his wife Dorothea, and son Andreas (1-month) are recorded on the 1767 census of Herzog in Household No. 1 along with a note that he is serving as the colony's mayor (Vorsteher). They had settled there on 14 July 1766.

In 1786, Balthasar Schell and his family moved from Herzog to Semenovka.

Dorothea Schell, widow of Balthasar Schell, and their children (Johannes, age 18; Anna Margaretha, age 11) are recorded on the 1798 census of Semenovka in Household No. Se56. 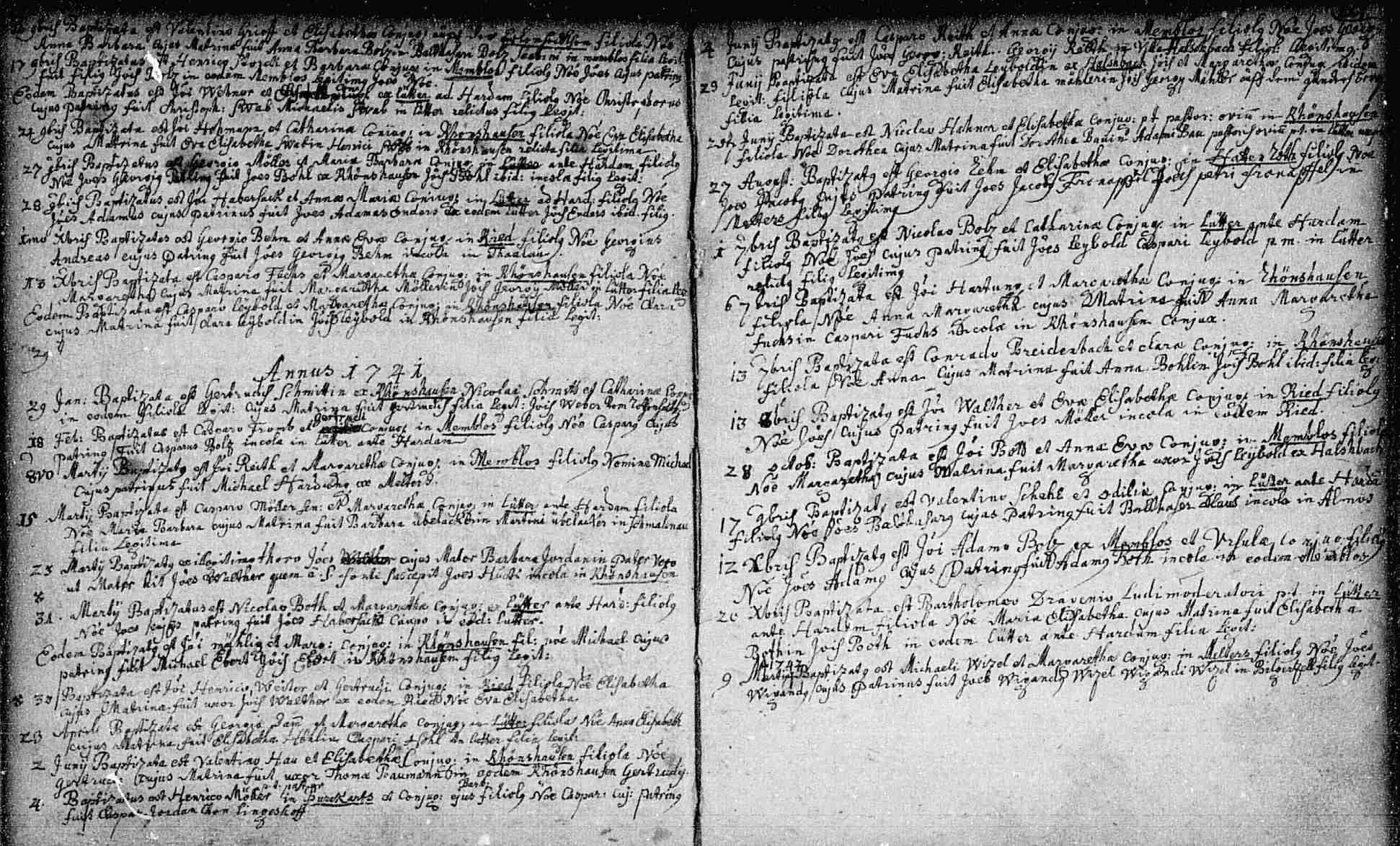 Entry from the parish register of Lütter recording the birth of Johann Balthasar Schell on 17 November 1741.
Source: Max Weinbinder. 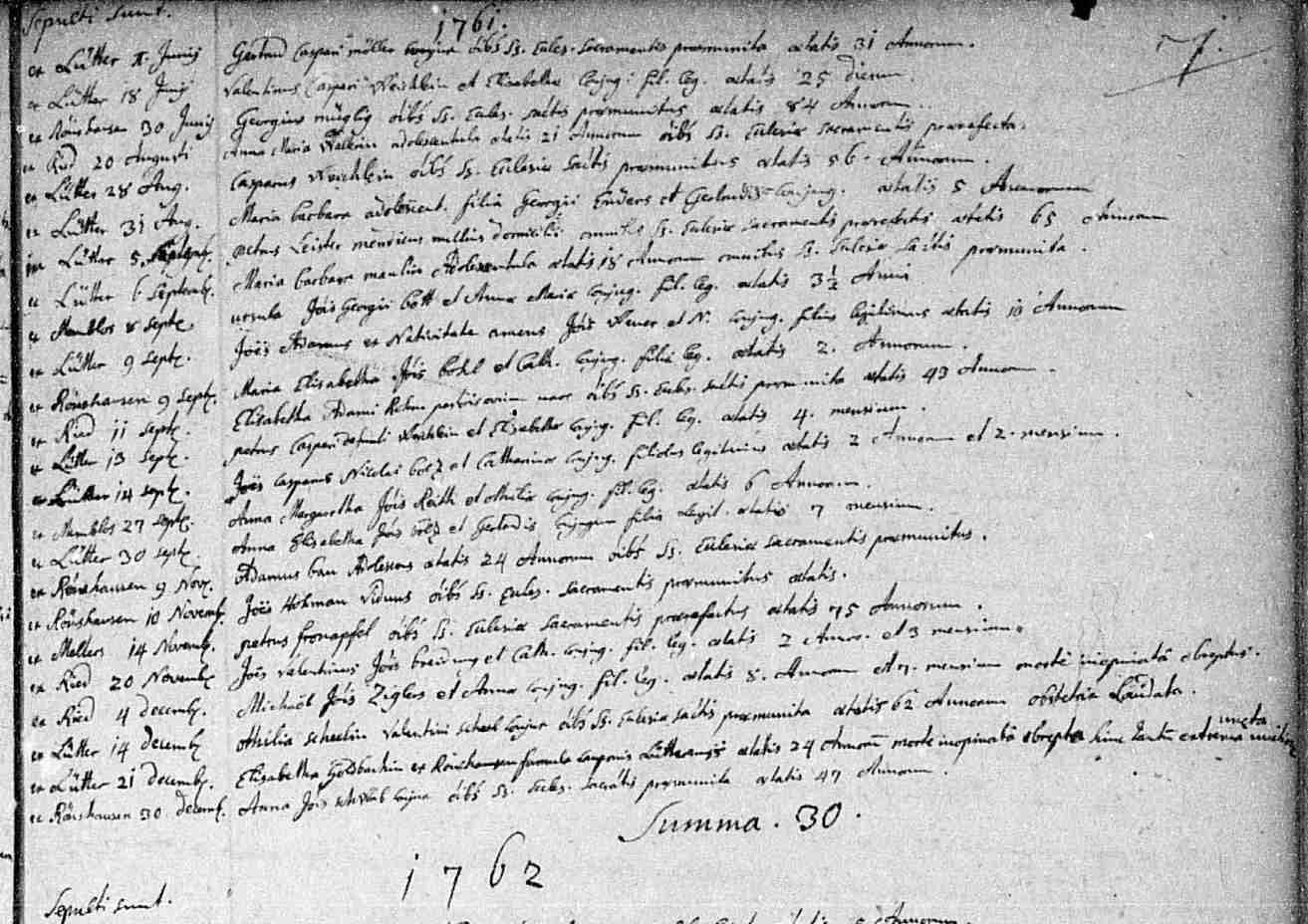 Entry from the parish register of Lütter recording the death of Ottilia Schell on 14 December 1761 (age 62).
Source: Max Weinbinder.