The parish register of St. Andreas Catholic Church in Neuenberg records the death of Johann Georg Weinbörner on 30 May 1761. Maria Gertrude Weinbörner, widow of Johann Georg Weinbörner, married on 24 November 1763 in St. Blasius Catholic Church in Fulda to Johann Adam Weitz. Between the death of her first husband and marriage to the second husband, Maria Gertrud also had an illegitimate child: Maria Anna Katharina, born 12 August 1762, died 10 October 1762.

Katharina [Barbara] Weinbender and her brothers (Johann [Georg], age 12; Andreas, age 11) arrived from Lübeck at the port of Oranienbaum on 29 August 1766 aboard a ship under the command of Skipper John Scott along with their mother Maria and stepfather Adam Weiss.

Hans Georg (age 16) and Andreas (age 14) are recorded on the 1767 census of Köhler in Household No. 38 along with their mother and stepfather Adam Weitz. They had settled there on 21 August 1767.

The surname Weinbender is recorded on neither the Oranienbaum passenger list nor the 1767 census, but subsequent records indicate that this is the surname of all three of these children.

Andreas and Georg Weinbender are recorded on the 1798 census of Köhler in Households No. Kl54 and Kl72, respectively. Their sister [Katharina] Barbara is recorded there as well in Household No. Kl79 married to Philipp Weinzettel.

Neither the Oranienbaum passenger list nor the 1767 census record from where the Weinbender family came. 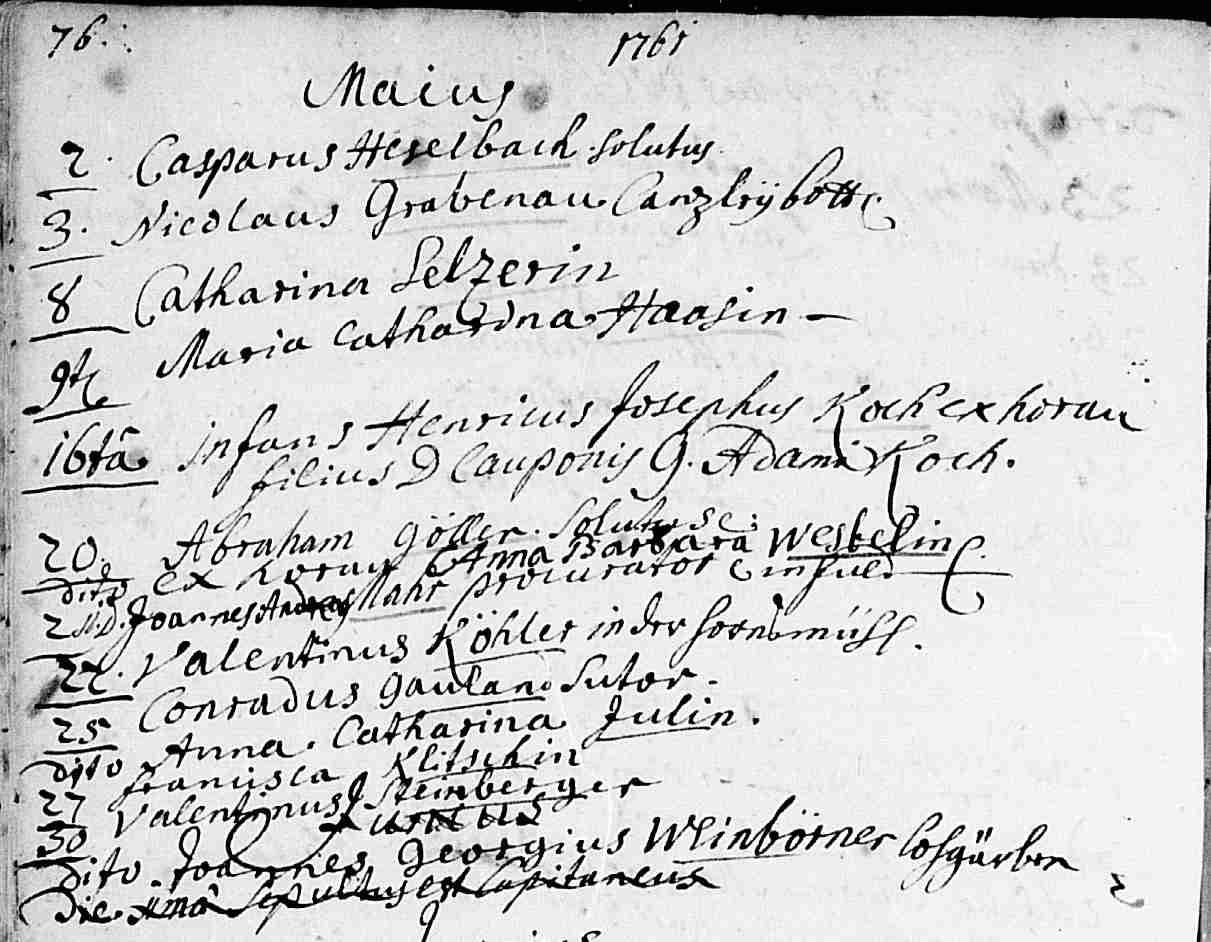 Entry from the parish register of St. Andreas Catholic Church in Neuenberg recording the death of Johann Georg Weinbörner on 30 May 1761.
Source: Max Weinbinder. 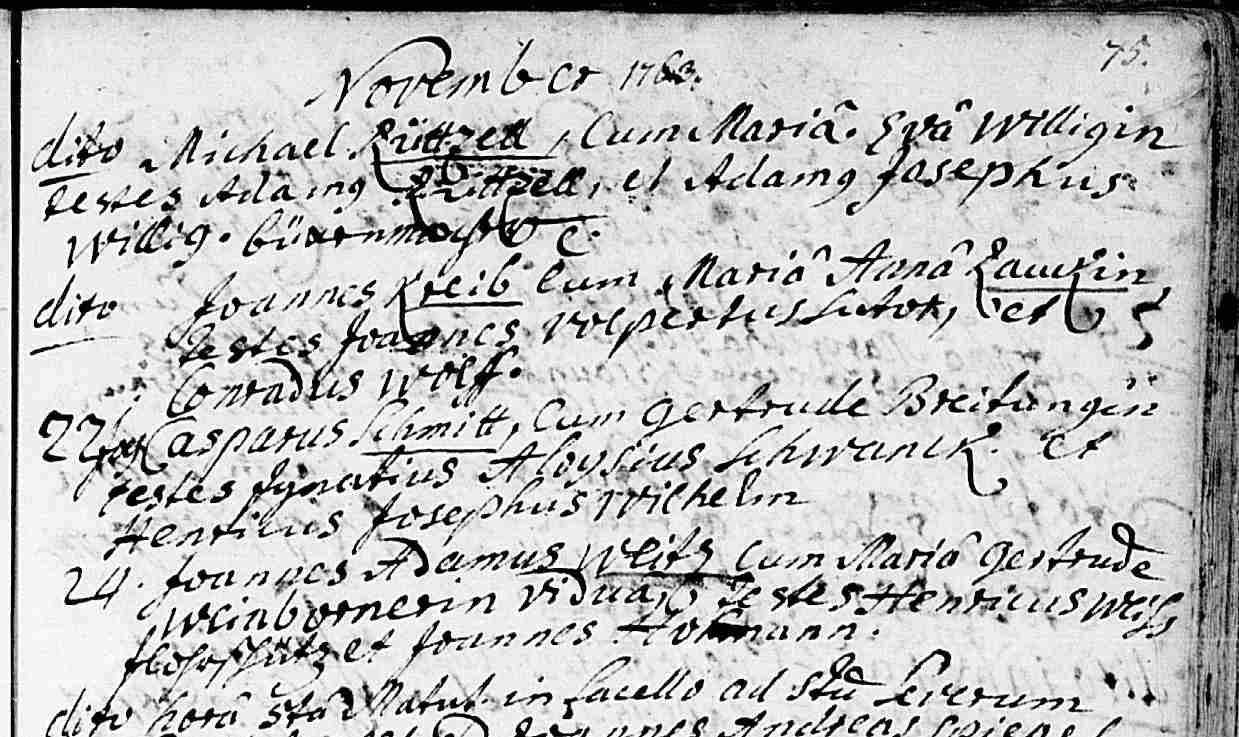 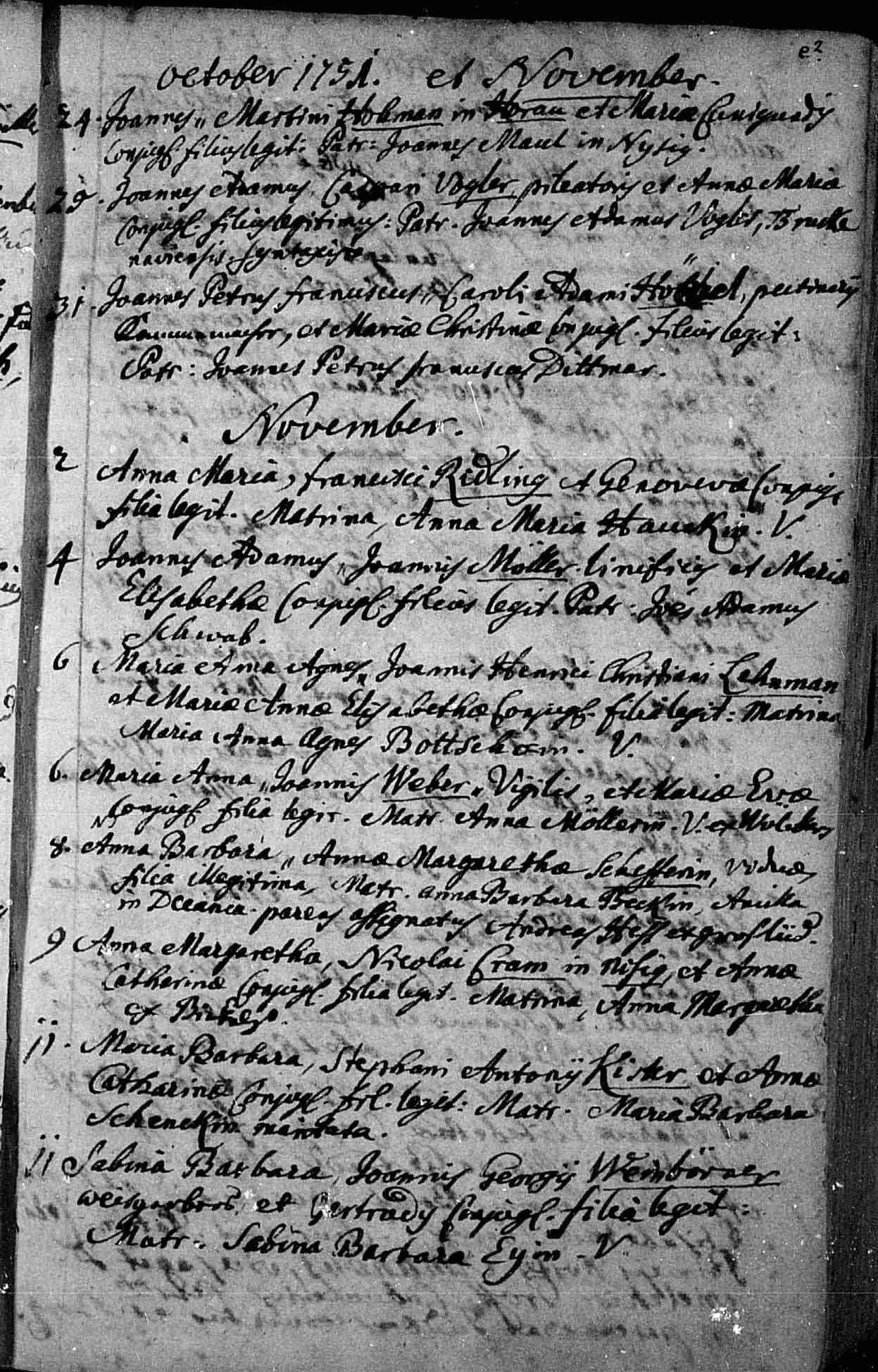 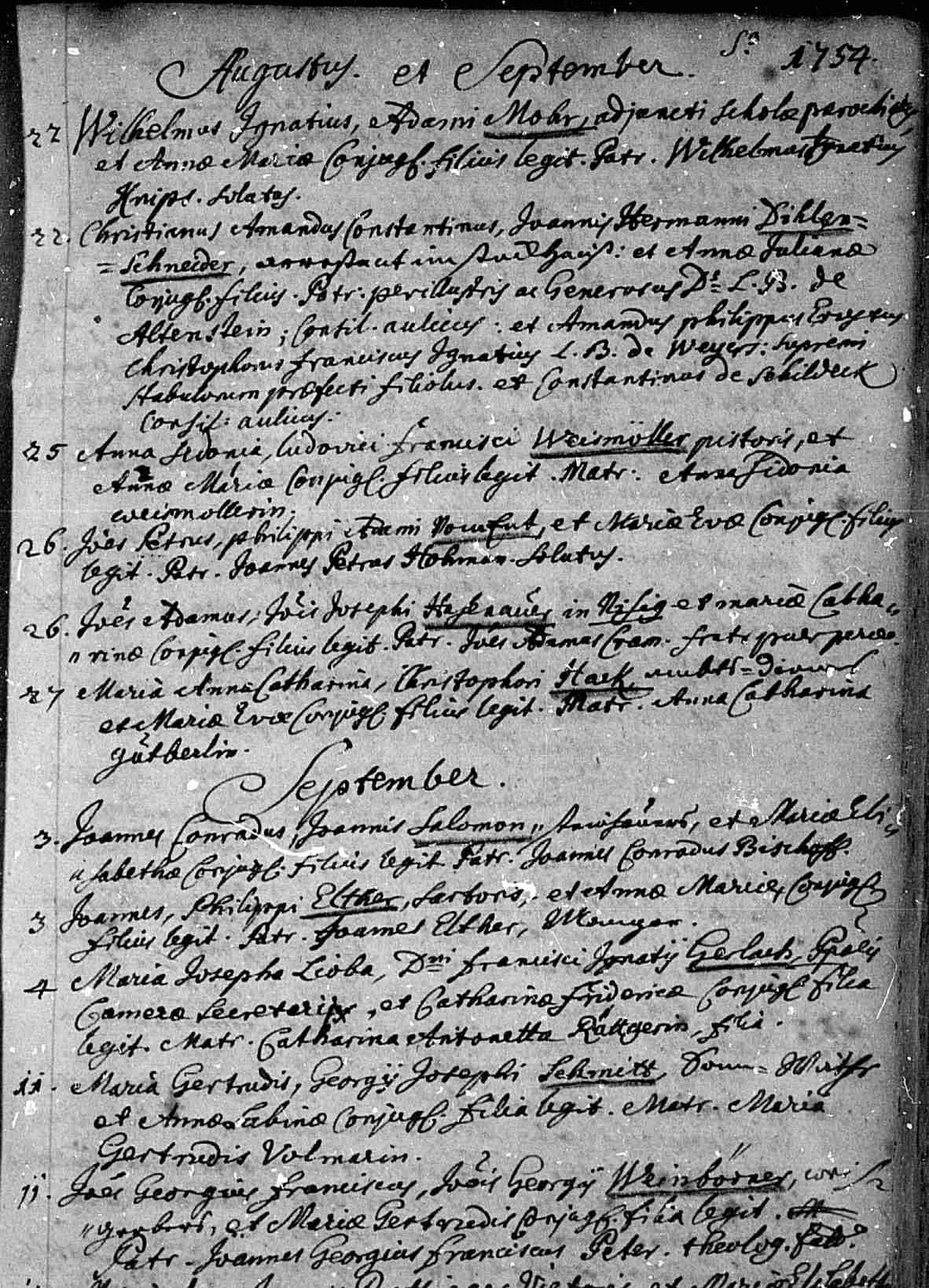 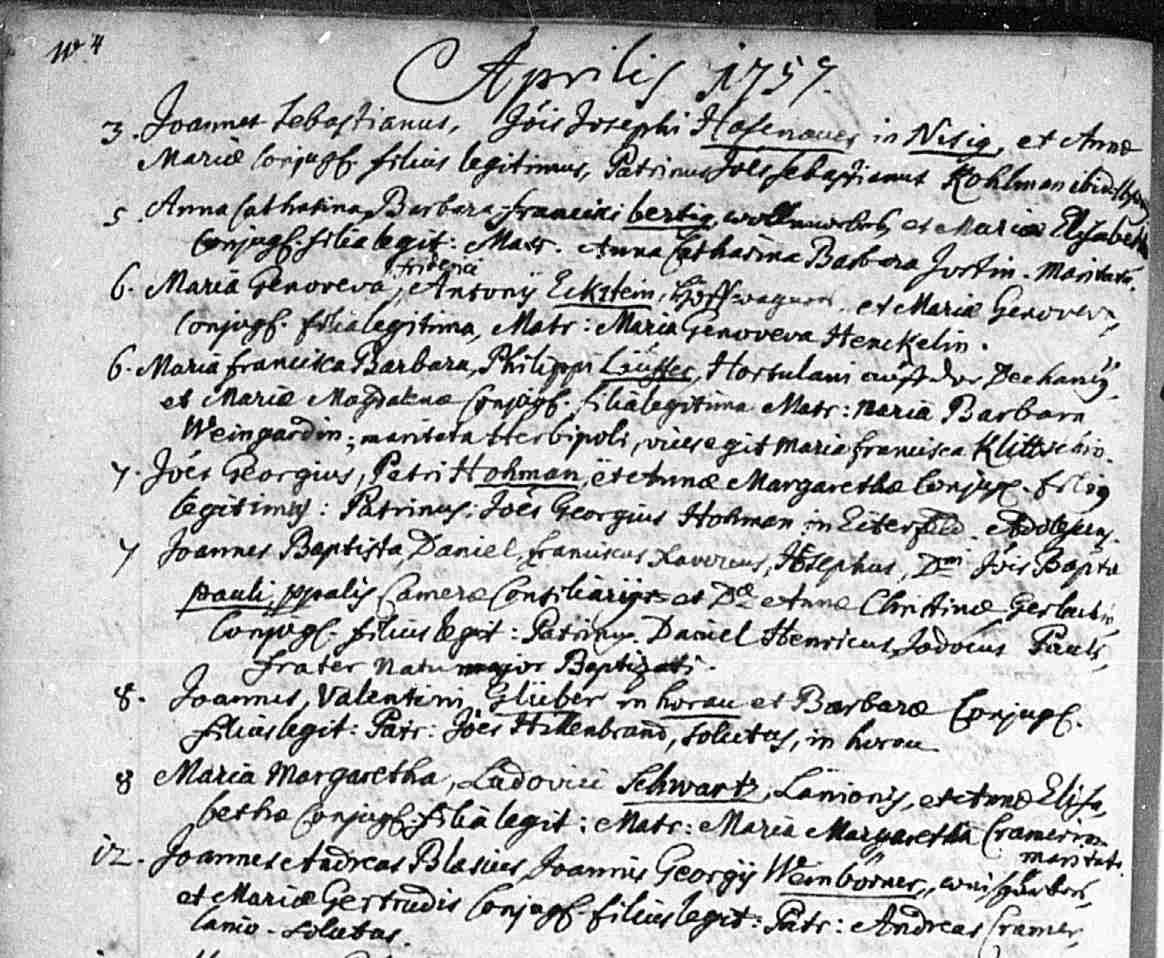