Anton Winian was born in approximately 1791. He served in Napoleon's army and fought against the Russians. He was captured by the Russians, and in 1812, was settled in the Volga German colony of Luzern. 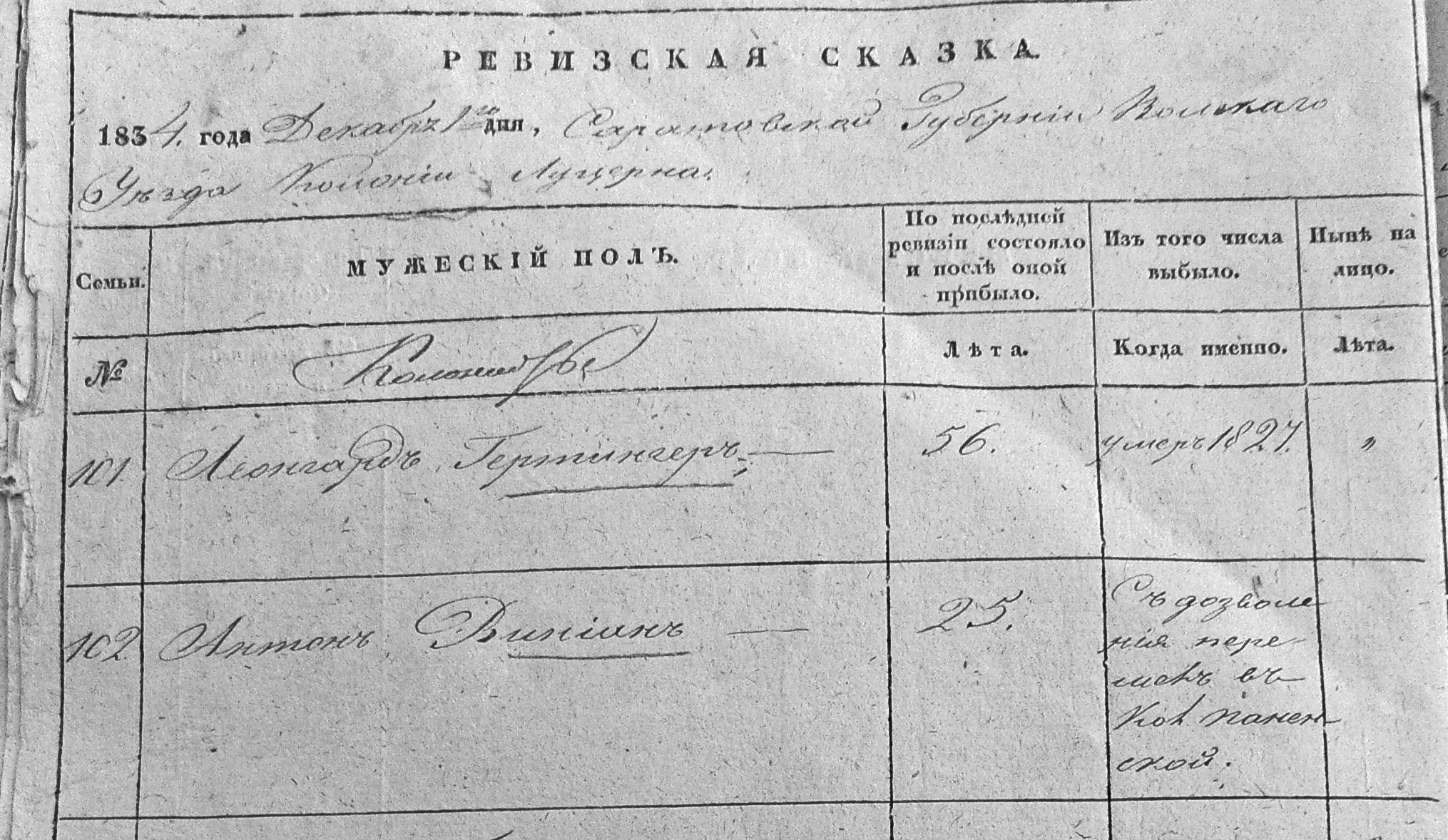 Entry in the 1834 Census of Luzern recording Anton Vinian in Household No. 102.
Source: Brent Mai. 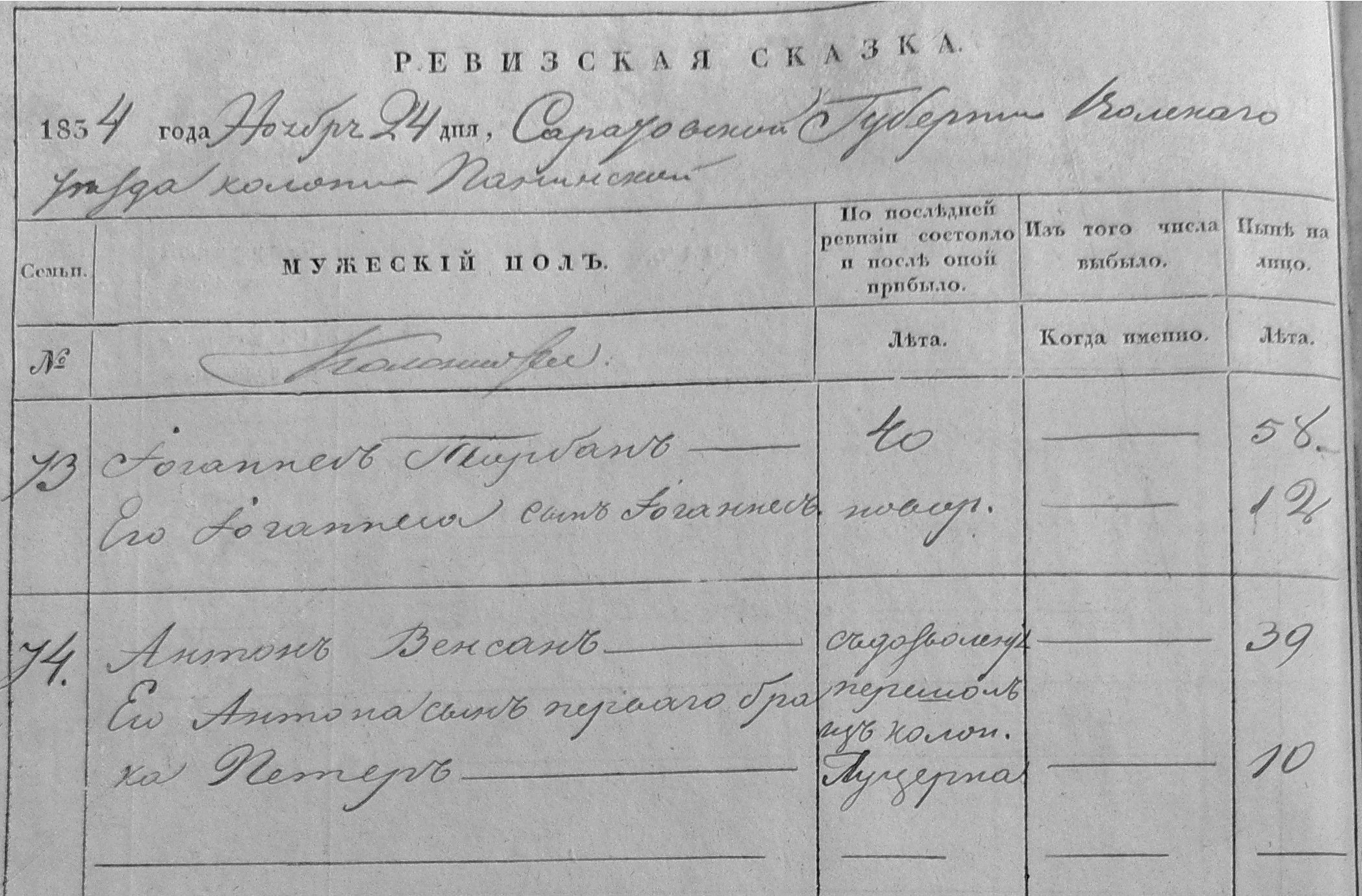 Entry in the 1834 Census of Schönchen recording Anton Wenson in Household No. 74.
Source: Brent Mai.