Brian Lee Deines, son of Alan John Deines & Anne Marie Kopack, was born on 22 November 1955 in Stettler, Alberta. He is an acclaimed Canadian children’s book illustrator who has been nominated for the Governor General’s Award for Illustration, the Ruth and Sylvia Schwartz Award and the Lillian Shepherd Memorial Award, among others. He has illustrated such varied titles as The Hockey Tree, On a Snowy Night, The Road to Afghanistan and The Vimy Oaks: A Journey to Peace.

Brian is a native of Red Deer, Alberta. He graduated from the Alberta College of Art. Brian works in oils for both illustration and fine art and has sometimes been called a painter of light.

Brian's ancestors called the Volga German colony of Kratzke home. He is married to Donna Marie MacIntyre, and they make their home in Brockville, Ontario. 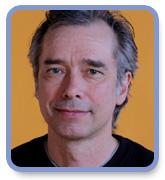