Kathleen "Kate" Deines, daughter of Matt & Betsy Deines of Portland, Oregon, was born 17 September 1989. She attended the University of Washington in Seattle where she was a 4-year starter on the women's soccer team as a midfielder-defender. She went on to play professional soccer for Turbine Potsdam (Germany), Seattle Reign, Atlanta Beat, Seattle Sounders, and FC Kansas City before her retirement in 2015.

Kate's Volga German ancestors immigrated to the U.S. from the colony of Norka. 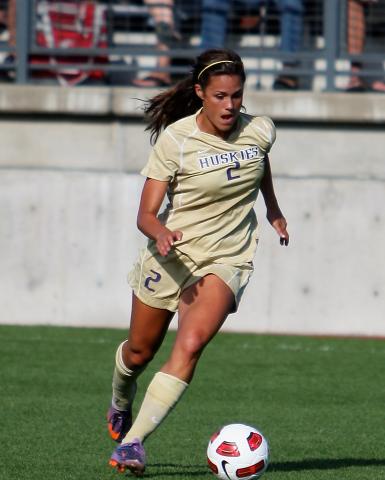